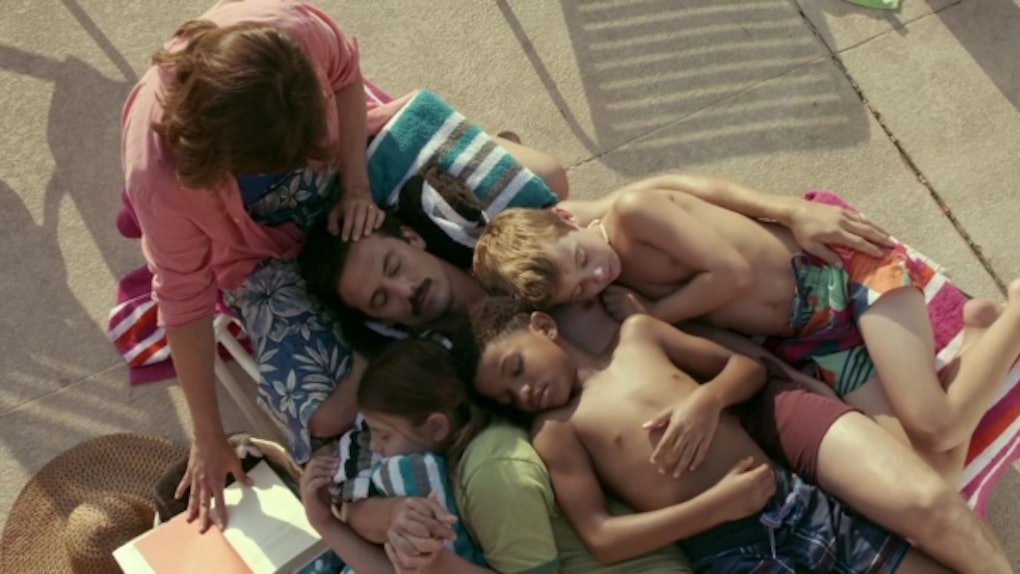 The Pearsons know a thing or two about tugging at heartstrings. The family members of NBC's This is Us have been through their fair share of trials and tribulations during the show, but even as they deal with various heartbreaks, the characters almost always seem to know the right thing to say. This is Us is filled with memorable lines that perfectly evoke all the love the characters have for each other, and these This is Us quotes about family will totally melt your heart and remind you how important your loved ones are.

This is Us is filled with memorable characters, but only one has an unmatched presence as the patriarch of the family: Jack Pearson (Milo Ventimiglia). Throughout the series, Jack has made it clear he's the king of big, emotional speeches, and a lot of the quotes about family on this list come straight from him. But as the patriarch, Jack also has passed on his gift with words to his kids, and so all the members of the Big Three — Kevin (Justin Hartley), Kate (Chrissy Metz), and Randall (Sterling K. Brown) — and the people who surround them know how to make a solid verbal gesture, too. No matter who's doing the talking, these This is Us quotes will give you all the feelings.

"You make me feel like I'm home." - Jack Pearson

"I don’t know what I think we are. I just know that I like the fact that there's a 'we' for us to talk about." - Kevin Pearson

3. On Seeing Your Partner

"I don't need anniversaries to see you. I see you every day. You are my daily meteor shower." - Jack Pearson

4. On Finding Your Way

"Our marriage wasn’t perfect, it’s true. But none are. Your father wasn’t perfect either, but he was pretty damn close. As close as they come. He pushed a stranger on me, and that stranger became my child, and that child became my life. He became you." - Rebecca Pearson

6. On Honoring A Legacy

"You see, for days, I've been plagued by the question: How do I honor my father's legacy? Then I realized, I honor his legacy by taking what I learned from the way he lived his life and use it to shape the way I go on living mine." - Randall Pearson

7. On Watching Your Kids Grow Up

"We’re their parents. We do the best we can. But at the end of the day what happens to them, how they turn out, that’s bigger than us." - Jack Pearson

8. On Finding Your Destiny

“I wasn't expecting you. I didn't think that we would end up together. The single most extraordinary thing I've ever done with my life is fall in love with you. I've never been seen so completely, loved so passionately and protected so fiercely.” - Beth Pearson

"I love you as much as a human heart can love." - Jack Pearson

"I am thankful for my family. I’m thankful that we’re all safe and there’s no one in the world that I’d rather be too hot or too cold with." - Jack Pearson

12. On Dealing With Pain

"The hardest part ... about seeing someone you love in pain is not being able to do anything about it, except try not to make it worse." - Toby Damon

13. On The Best Front Row Seat

"When you’re a mom, you get a front row seat to the best show in town: Watching your kids grow up." - Rebecca Pearson

"You’re adopted, and we don’t talk about that enough. 'Cause to me, you are every part my son. Maybe I don't want you to feel like you stand out. But I need you to know something. I want you to stand out. I want all of you to be as different as you can possibly be. In all the best ways." - Jack Pearson

"Babe, we're starting a new family. Our family. And no, we don't have all of your action figures to pass down. And no, we don't have my handmade football stadium. But babe, we come with us. You don't need to pass down your favorite thing to your son because I know with every part of me that you are gonna be our son's favorite thing. You." - Kate Pearson

17. On Finding Your Family

"The moment I saw you, I knew you were my boy. You weren’t a choice, Randall, you were a fact." - Jack Pearson

18. On Hoping The Good Stuff Sticks

"All you can do as a parent is try to pack the days with as much good stuff as possible and hope that it outweighs the bad. You hope that the good stuff sticks." - Randall Pearson

19. On Finding The Thing You Can't Live Without

“I can live without pizza and cookies and potato chips and whatever that brownie thing was that they were serving on the plane. The one things I cannot live without is you.” - Toby Damon

"He's your brother, Kevin. You should be able to depend on each other more than anyone else." - Jack Pearson

"There's no dying. There is no me or you or them. There's just us." - Kevin Pearson

22. On Starting Your Great Love Story

“You're not just my great love story, Rebecca, you are my big break. And our love story? I know it may not feel like it right now, baby, but I promise you, it's just getting started." - Jack Pearson

The fourth season of This is Us has just begun, but there will likely be even more quotes to add to this list by the time this season is over.

Season 4 of This is Us continues on Tuesdays at 9 p.m. ET on NBC.