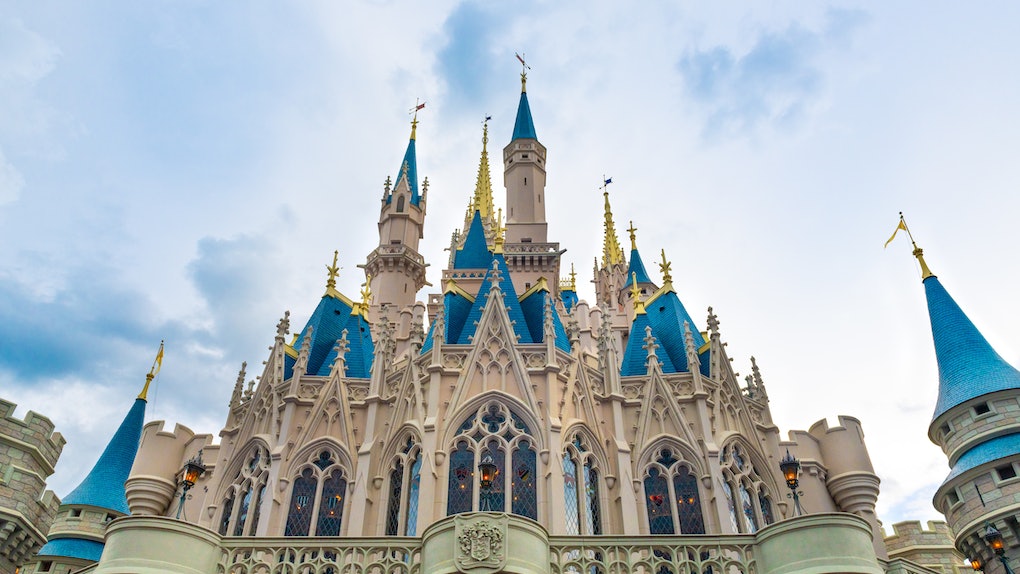 Disney World went ahead with reopening Magic Kingdom and Animal Kingdom on Saturday, July 11 amid a spike in coronavirus cases in Florida. To kick off the reopening, an official Disney Parks Twitter account shared a video featuring upbeat, masked employees welcoming fans back. It's safe to say the Twittersphere was not impressed, with plenty of users sharing their pointed takes to highlight the ill-timing of the reopening, given the global pandemic and all. Here are 20 tweets about Disney World reopening that show just how confused everyone is. Elite Daily reached out to a rep for Disney World for comment on the park's decision to reopen and a response to the online backlash, but did not hear back by the time of publication.

Disney's Magic Kingdom and Animal Kingdom parks both reopened on Saturday, July 11 in Orlando, Florida for the first time since closing on March 15. On that same day, the state of Florida reported over 10,000 new coronavirus cases, per The Orlando Sentinel.

The video promoting the park's reopening, which was posted by the official "Disney Parks Jobs" Twitter account, showed shots of the park's employees wearing surgical masks and saying "Welcome home!" After getting plenty of criticism online about reopening amid the coronavirus pandemic, the account soon deleted the video, but as of Sunday, July 12 at 2:30 p.m. ET, the clip is still up on Instagram.

Plenty of people reacted to Disney World's decision to reopen so soon on Twitter. Many of the tweets express concern about coronavirus spreading at the park, as well as calling out the park's welcome back video. Here are the top tweets that illustrate how the Twitterverse is feeling about Disney World reopening.

Many users were shook at the unsettling reopening video.

Some people used Disney's own characters and products to illustrate how dangerous the decision could be.

For some people, heading to Disney World suddenly got a whole lot darker.

Some even edited the Disney World reopening video to fit the times.

People were quick to point out the seriousness of COVID-19 in the United States amid reopening, with over 3 million confirmed cases.

Despite the public response to Magic Kingdom and Animal Kingdom reopening, Epcot and Hollywood Studios' parks are still scheduled to follow suit in reopening on Wednesday, July 15. If the fan reaction to Saturday's reopening is any indication, it looks like there's going to be some more Disney World drama going down in the coming days.