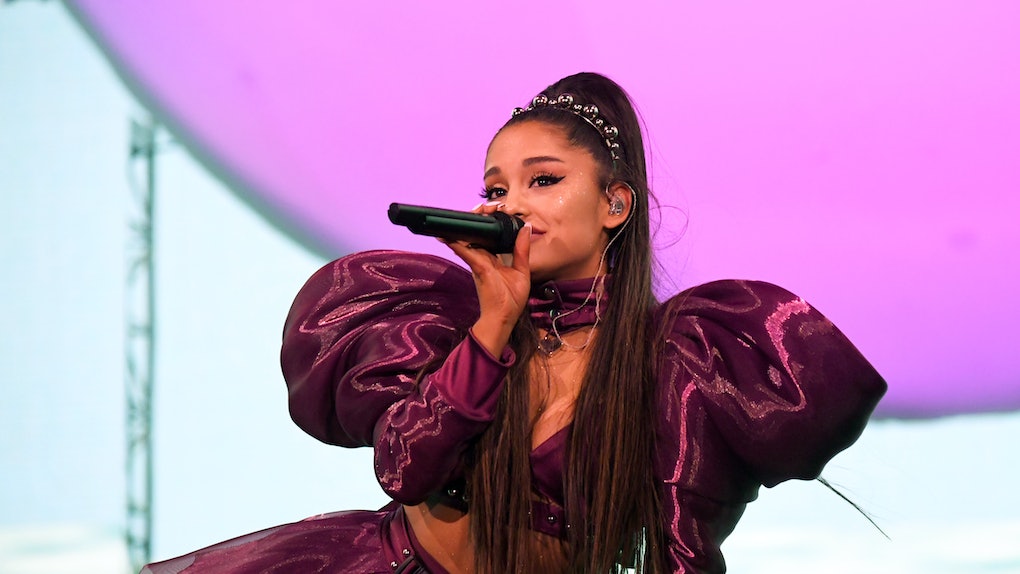 It's been a big year for Ariana Grande, and on Wednesday, Nov. 20, the announcement of this year's Grammy nominations kept the momentum going. The Recording Academy revealed they were recognizing the singer with five nominations — and Arianators had a lot to say about it. These tweets about Ariana Grande’s 2020 Grammys nominations are over the moon about the singer's achievements, because the recognition couldn't be any "sweetener."

After her 2018 album Sweetener took home the Grammy for Best Pop Vocal Album at the 61st Grammy Awards in February, fans had high hopes that her 2019 chart-toppers — which included “7 Rings,” “boyfriend,” “Break up with your girlfriend, I’m bored,” and “Don’t Call Me Angel” — would also be recognized this year.

When the Recording Academy announced its 2019 Grammy nominations on Wednesday, Grande was recognized with five nominations: Best Pop Solo Performance and Record of the Year for "7 Rings"; Album of the Year and Best Pop Vocal Album for Thank U, Next; and Best Pop Duo/Group Performance for "Boyfriend" — and her Arianators had something to say about the well-deserved props.

It seems like Ari made her Ariantors super proud with all her noms. Fans were crying all the happy tears on Wednesday morning.

It's not surprising, as the singer has had no shortage of nominations and wins in the past. Back in 2014, Grande received her first Grammy nod for Best Pop Duo/Group Performance for "Bang Bang" with Jessie J and Nicki Minaj as well as Best Pop Vocal Album for her second studio album, My Everything.

Meanwhile, in 2017, she was nominated for Best Pop Vocal Album for Dangerous Woman and Best Solo Pop Performance for “Dangerous Woman.” Her fourth studio album, Sweetener, was her first to cinch a win for Pop Vocal Album in 2019, as she beat out Camila Cabello's Camila, Kelly Clarkson's Meaning of Life, Shawn Mendes' Shawn Mendes, Pink's Beautiful Trauma, and Taylor Swift's Reputation.

This year, she's nominated for the coveted Album of the Year award, and she'll go up against Billie Eilish's When We All Fall Asleep, Where Do We Go?; Bon Iver's I,I; Lana Del Rey's Norman F***ing Rockwell; H.E.R.'s I Used To Know Her; Lil Nas X's 7; Lizzo's Cuz I Love You (Deluxe); and Vampire Weekend's Father of the Bride. With the stacked crowd in the AOTY category, it will sure be one to watch.

With five new nominations under her belt, Arianators will be tuning in on Jan. 26, 2020 to see if she scoops up a few more trophies.

More like this
Demi Lovato & Ariana Grande's "Met Him Last Night" Lyrics Focus On Toxic Love
By Brandy Robidoux
These Tweets About Taylor Swift's "Mr. Perfectly Fine" All Ask 1 Important Question
By Sydney N. Sweeney
Here's How To Stream BTS' 2021 'Bang Bang Con' So You Don't Miss The Concert
By Cianna Garrison
Stay up to date