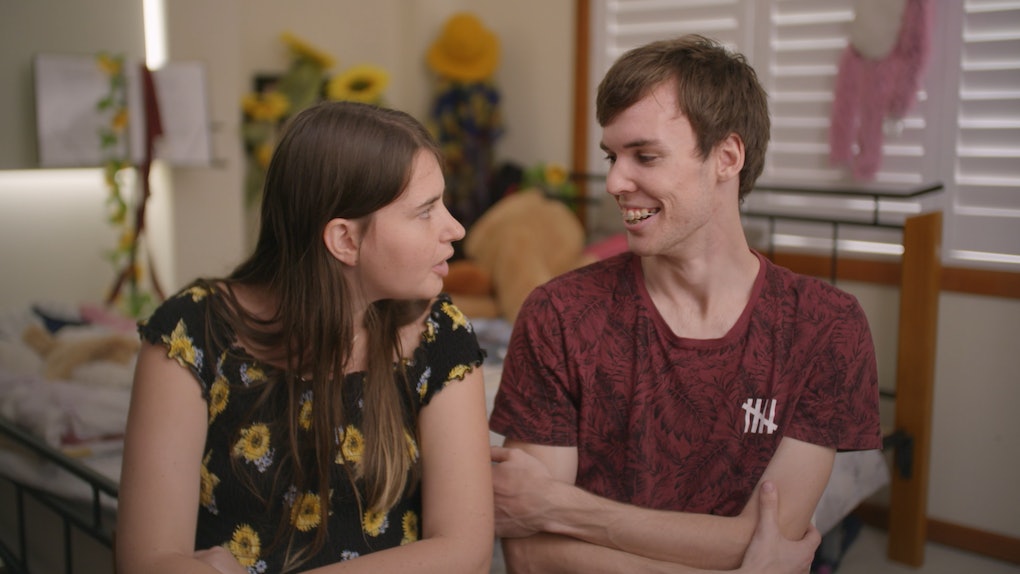 Netflix is no stranger to dating shows, but it's not too often you get one that actually makes you believe in true love. Don't take my word for it — these tweets about Love On The Spectrum prove it might just be the most romantic reality show of 2020. The new matchmaking series, which premiered on July 22, follows young adults on the autism spectrum as they look for romantic connections and life-long love.

Unlike previous shows, Love On The Spectrum is more than just a smoke-and-mirrors kind of reality show. The Australian Broadcasting Corp. series dives deep into the worlds several adults with either autism or Asperger syndrome. These mid-to-late 20-somethings are new to the dating scene, but with the help of a dating coach, they learn to navigate what it means to be in a relationship.

What makes the show so special to viewers, however, isn't just the individuals showcased or the nuanced and honest ways their experiences are highlighted. It's the fact that this show highlights what has always been true: Everyone is worthy of love. From the first episode, viewers could tell the cast of Love On The Spectrum is here for all the right reasons: Not fame or followers — just love.

In addition to romantic relationships, viewers get an up-close look at the lives of each cast member, and fans are living for their relatable personalities, honest discussions, and hearts of gold.

Another huge win for the show is the support it's garnered from viewers on the spectrum. Fans took to social media to voice their joy at seeing open, honest, and non-voyeuristic representation.

Whether it's due to seeing genuine adults find love or just being able to watch a dating show that feels truly honest, fans of Love On The Spectrum are already calling for a second season:

Though there's no word yet on more of the show, if fans keep calling for more, chances are Netflix will renew the series and help more singles on the spectrum find love.

Watch Season 1 of Love On The Spectrum on Netflix now.