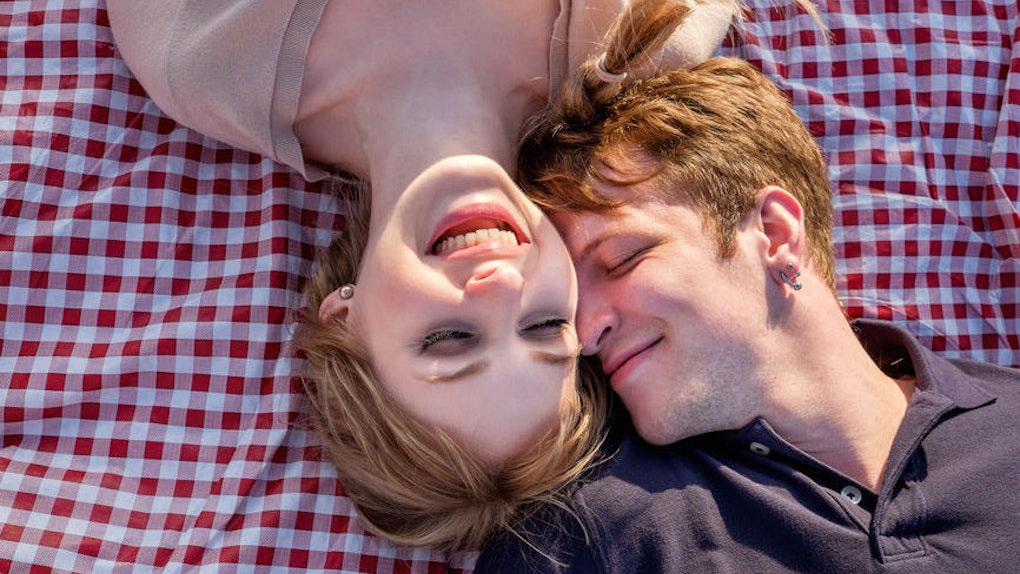 16 Ways To Fix Dating Culture, According To Women

Let's be honest. Our dating culture isn't exactly ideal right now. Sure, in many ways, it's the best it's ever been: We're surrounded by limitless options and have less pressure to get married young than ever before. On the other hand, getting rid of those old archaic norms has left us with some new ones that aren't so great either. Luckily, some people on a Reddit AskWomen thread offered up some concrete ways to fix dating culture and plenty of wisdom surrounding singlehood, dates, sex, love, breakups, and more.

It's become a faux pas to be the person who catches feelings first, or who wants commitment or something serious. And while I'm all for taking things slow, and think that jumping into commitments right away is ill-advised, this is different. This seems to be an emotional game where the person who is the least invested wins. It is cruel to toy with someone's emotions like that and it's not a healthy foundation for a relationship if things do become serious. If it's tacky and gauche to be excited to fall in love, then I hope to never be cool.There seems to be an expectation that upon your first meeting that you should be able to feel a spark, and if you don't, then it's not meant to be. But a lot of people aren't going to feel that way with someone who is essentially a stranger to them after meeting for the first time, even if their date is cute, has a warm personality and is a good conversationalist. These sort of things take time for a lot of people. An instant spark is cool if it happens, but it isn't a realistic expectation.There is an expectation that things should become sexual right away if you want to keep the other person around. And while I think that it's a good thing that casual sex is being destigmatized, I also don't think the expectation that you should jump into something sexual before you feel ready if you ever want a relationship is a healthy one. Sex should be something both partners are eager and excited for, not an implied ultimatum.

Text back when you want to text back.

Let people know when you're over the relationship.

Ghosting. I was recently ghosted by I guy I was seeing for FOUR months. We even took trips together. It’s so cruel when people do that.

Ask the "big" questions as soon as they pop in your head.

This whole "Don't rush things!" attitude where you can't ask big questions too early. I mean, I don't want to go on loads of dates with someone and then ask them if they're looking for a serious relationship or what they think of marriage or if they want kids etc. What a waste of time and energy to date someone and then start to like them just to find out they want something from life that I would despise.

Let's dump the people who are benchwarming us.

“Benchwarming.” When you like someone but that person is keeping you on the side just in case someone better comes along or for some other reason. You guys will still do couple-y things together and may seem like you’re dating but there’s no actual label in case the other person wants to back out anytime. And you can’t say anything or get mad because you guys were never a thing to begin with. And after the “relationship” you can’t even call them your ex so it’s always “some person i used to talk to.”

This kind of situation hurt me and made me feel like my emotions weren’t valid because i was “not supposed to have them.”

This is kind of a dating problem. I wish I could ask a co worker or anyone to get food sometime without it seeming like I'm trying to date or hook up with them. I just wanna hang out with someone and not go to a restaurant alone.

Putting a filter on so you don't 'scare' your potential partner. People stay in relationships way too long because they weren't honest with who they were in the beginning.

Women shouldn't be afraid to ask dudes out.

The general expectation that men should ask women out on the first date, and that women should initiate the "what are we" conversation about escalating it to a relationship.

Everybody just do what you want already. Finding a good partner is hard, why are we making it more difficult for ourselves.

It's OK if you're not a social butterfly.

I don’t like the trope you see everywhere that you have to act confident, breezy, busy, super social, or no one will want you.

If I see a dating profile with a million friend group photos, I don’t think “oh that God he’s normal” I think “oh this person is going to force being social on me and judge me for staying home a lot.”

If someone is too confident and social I honestly think they’ll have an ego problem. My point isn’t that it’s bad, but I hate the notion that there is only one way to be attractive, and that’s to be hyper extroverted, confident, always too busy to talk, etc. “So busy with my friends!” If you’re like that, fine, but lots of shy homebodies get love, too, and their partners would hate a super bubbly extrovert for a partner. You can get love as you are.

A relationship can still develop without the games.

The mind games in a relationship have to end. A person should be able to bare him or herself and be able to be emotionally intimate without feeling self conscious about it, in something as sacred as love.

Remember your partner isn't responsible for fixing you.

The dichotomy between "the single life" and the relationship/settling down/"responsible adult life". Based on the people I know in their mid twenties, I feel like the single people need to get their sh*t together a bit more, and not wait for a partner to do it for them. And the people in relationships need to lighten up and do things with their friends more and have fun, instead of pressuring each other to be as grown up and boring as possible and try to meet some imaginary expectations and society pressures.

Also it sucks how normalised cheating seems to have become. If you want to sleep with multiple people, just find someone who is ok with an open relationship. That's much healthier and it really works well for some people.

Having the same taste in movies doesn't necessarily make you soulmates.

The things that people prioritize in a partner. As someone who likes obscure music, movies, etc. I have had way too many guys assume that I am their soulmate and their dream girl because what? We like some of the same movies? I don't think so.

Maybe it isn't dating culture, but it's something I encounter a lot in the dating world and I've seen it manifest in other ways.

It's OK if you met "The One" right off the bat.

The idea that you must date a million people to be experienced enough to make a decision on “the one” people can find happiness with their first love just as much as with their fifth love and so on. There’s nothing wrong with dating a bunch of people but people need to stop sh*tting on others who found happiness on their first or second try

Labels are our friends!

It's time to say goodbye to unsolicited dick pics.

Even just asking “you wanna see a pic of my dick?” is pretty tacky, but it’s better than just sending one. If a woman really wants to see your dick she will ask. And honestly I think straight men vastly over estimate how much women are turned on by dick pics. I know I can’t speak for every woman, but women don’t tend to be as “visually stimulated” as guys are, so just looking at a close up of a guy’s dong isn’t really earning you any sexy points unless the woman tells you she’s like, super horny for your dick pics. I do know a few women who like the idea of a guy thinking they (the woman) are so hot that the dude gets a boner. But...just don’t assume dick pic proof is a good go to unless she asks.

The number of unsolicited dick pics is too damn high.

Everybody doesn't need to know everything about your relationship.

All right, now it's time to go forth and put some new rules into place with the people we're dating. We've got this, people!