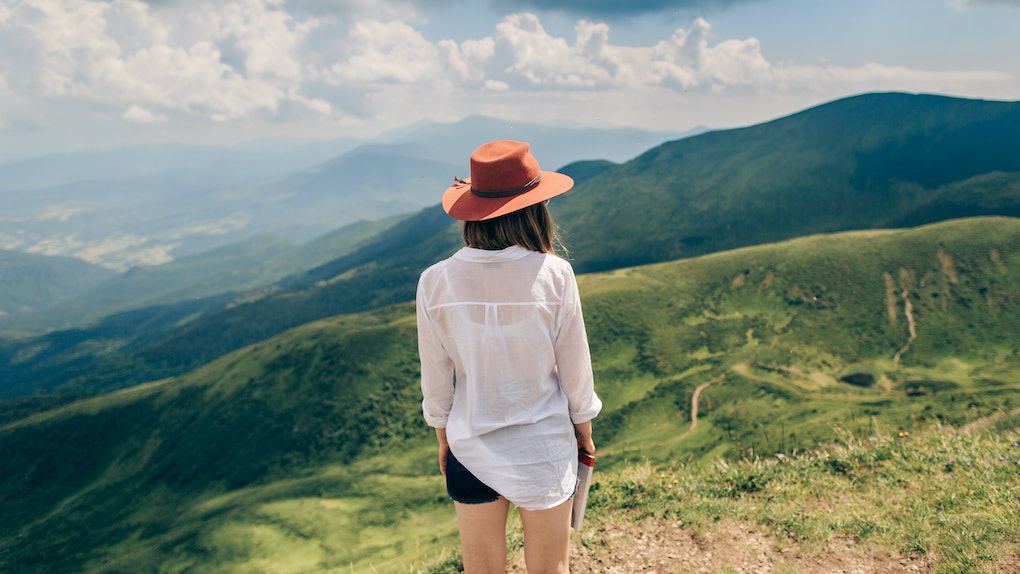 Rejection is pretty much the absolute worst-case scenario in most realms of our lives, especially when it comes to dating. But in a recent Reddit AskWomen thread, women shared their stories about rejection and they're surprisingly inspiring. I mean, I don't want to take things way too far here, but I would maybe go so far as to say that they could even help you find the silver lining the next time you face romantic rejection.

These ladies know firsthand what it's like to be turned down in a romantic situation, what it's like to serve your heart on a silver platter only to have it slapped onto the ground. Many of them agree that getting rejected was one of the best things that ever happened to them. Yep, that's right. The best. Some of them wound up meeting the real loves of their lives as a result of being rejected by someone who ultimately wasn't right for them. Some of them wound up finding themselves. Some of them wound up moving on with their lives in ways that would have never been possible if they were attached to the person who rejected them. All of them are totally motivational.

She's Grateful To Him Now

If my crush hadn't rejected me, I wouldn't be with my husband today. It hurt like hell at the time, but I am grateful to him now.

He Rejected Her And Now She's Thriving

My ex rejecting me. He was literally holding me back from everything I wanted to achieve and I have been THRIVING since the break up

The App Sent Her Flowers When Her Date Stood Her Up

I got stood up for a date a week or so ago. It was set up via online dating so reported the dude. Today when I got home the app had sent me a bouquet of flowers. That was a negative turned into quite the positive. Quite unexpected.

Being Rejected Led Her To Her Soulmate

I was hung up on a guy for two years. He finally outright rejected me and I was crushed for weeks. Cried my heart out.

Two and a half months later, I met my current boyfriend. I am hopelessly in love and he is EVERYTHING the other guy was not. I can’t believe I ever thought the first guy was worth my time... ugh.

I had a crush on a guy for nearly a decade (was limerent for him) and I finally told him how I felt. He turned me down (nicely, but it still wasn't fun). About a year or so later, I met the love of my life and have been happily married to him for 30 years now. I realized in retrospect that the guy I wanted was not a good fit for me and it would have been a disaster had we gotten together.

She Was So Upset About Being Rejected That She Wished Upon A Star... And It Came True

I was going on dates with a guy from Hinge, casually, but enough to start liking/being interested in him, and after a great date he basically ghosted for like five days. Then he texted me saying he was transitioning to grad school and didn't want to waste my time which was basically a nice way of saying he lost interest. I was kinda bummed cause rejection sucks no matter who it is. I made a wish on a star that night I would meet someone great, and less than 24 hours later I met my amazing boyfriend on a night out with my friends. I'm really not superstitious or even into astrology stuff but I will say that whatever force out there heard my wish, worked quickly :) Keep your head up!

With Time, She Was Able To See Him For For Who He Really Was

I was “in love” with this friend of mine who was using me and only wanted to be “friends with benefits” (I was 19, he was 26) I was heartbroken when I told him I loved him and he just said I was too immature for him, but looking back (I’m now 26 myself) I know he was a horrible friend and he was taking advantage of me, and if I hadn’t had that period of self reflection I never would have gotten to where I am now - happily married and feeling incredible about who I am.

She Got Her Own Life Back

My ex breaking up with me after telling me the night before “he loved me to the moon and back”But it turned out to be the best thing for me because now I can own my life again. I can talk to my friends again, I can pursue my nursing career again, I can be happy without him putting me down because he’s had a bad day.I’m happy like I used to be before I’d met him. I have a lot going for me and I also have met someone who treats me in ways my ex couldn’t even if he tried to.

She Now Knows He Would've Held Her Back Academically

In my senior year of high school I really liked this guy. He was older and much more popular than I was but was in my friend group. I would think about him all the time but it was pretty evident he wasn’t that into me. Eventually he started dating this other girl which really sucked for a while.It’s been several years now and he still tries to contact me at least once every year (initially it was to apologize for being shitty to me but idk why now). Basically he peaked in high school and frankly is no Einstein. While I’m getting my undergrad degree and now have a caring boyfriend. If he hadn’t rejected me I’d probably be worse off.

He Was A User

My ex that dumped me a day after I got home from spending the summer with him. It took me a year to see the silver lining but I found out 5 months after I left he met someone new and persuaded her to move in with him, despite only knowing each other 2-3 months to cover the rent so he wouldn't lose the lease on his apartment after his best friend moved away. He essentially is using her to make rent, and I'm super glad I'm not in her shoes.

In Exchange For Him, She Found Someone Who Appreciates Her As Is

An older man I was dating for a short time but I somehow fell head over heels for broke up with me because I was uninterested in being a mother, staying at home with kids and getting married. If he had never broken up me I would have never met the man that cheers me on and empowers me to follow my dreams.

He Inspired Her To Become More Vocal About Her Boundaries

The second guy I ever told I liked. I put my feelings out on the literal table between us, and he didn't feel the same. My heart sank, but my head said he didn't have to like me back. It felt good to get off my chest and establish the friendship we had back then. But every time I was with him, I kept thinking to myself that we were a couple. I eventually found out he's a crummy guy, and I wouldn't be the strong woman I am today without him. I had to become more vocal about my boundaries because of him, and that's something I value from our time together.

He Ghosted Her After Dating A While

I was dating this guy for a while and then he ghosted me. I was really hurt, we got along just great and it kinda sucked that he just dropped the ball. Shortly after he ghosted, I met the man that was to be my husband.

The Breakup Led Her To Her Current Love

I dated a guy for a few months and when he dumped me I honestly was so heartbroken. I thought there was nothing left for me and i would never find anybody else (a little dramatic.) But a month and a half later I met a different guy who now I’ve been with for over two years and am incredibly in love with. I’m super grateful that the first relationship ended cause I don’t know where I would be without my current SO

Being Rejected By An Ex Improved Her Marriage

When an ex dumped me. I was an emotional train wreck at that time, for many reasons and I knew it was coming. That didn't soften the blow, at all. I learned so much about myself as a partner and an individual in those 3 months from that one relationship than all others before and after him combined. It not only helped me but it has helped to form my marriage into what it is now. I learned what I wanted and expected from a partner and how to communicate it. As well as how to treat them.

See? Literally every cloud has a silver lining.