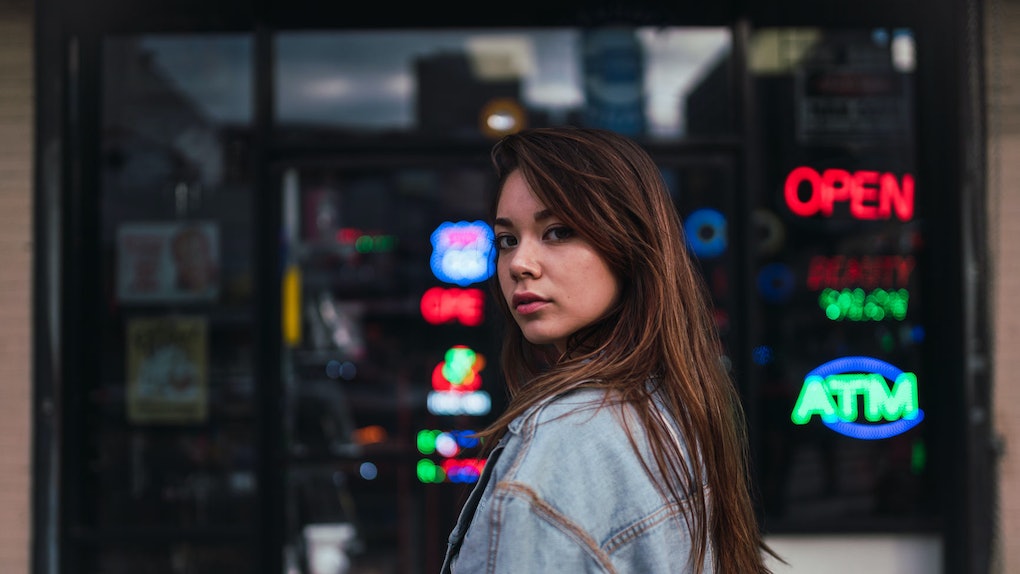 14 Worst Pieces Of Dating Advice, According To 14 Real Women

"If you really love someone, you stick by them no matter what."No. Or at least, no to the way that has been manipulated. 'No Matter What' was supposed to mean no matter what happens in the world. NOT no matter what he does that hurts you. If he is doing things that he KNOWS are wrong, you do NOT have to put up with it. Keep loving him, but do it in your own heart, away from his toxicity. Or hers. whomever.

"He's mean to you because he likes you" which isn't necessarily advice but it definitely teaches women to accept sh*t they shouldn't from men.

“Play hard to get” sigh

You Go To College To Find A Husband

Give Them A Chance, Even If You're Not Interested

"Just give him a chance".

Wait Until Later To Talk About The Future

"Don't talk about your commitment expectations/future plans too soon, it'll scare men off."

F*CK. THAT. That piece of advice is a huge part of why most of my relationship attempts haven't gone well. The only people who you'll scare off when you make your expectations known, are people who aren't interested in meeting them anyway - which is actually what you want! You're weeding out the people who aren't the right fit for you. I've learned that you NEED to make your expectations extremely clear, right at the start of a relationship, if you don't want any surprises down the road. I started hiding my expectations after a few ex-partners successfully convinced me that no man wants a serious commitment, so if I wanted any chance of having any kind of partnership, I had better stop making those expectations clear, and just take whatever bits of affection a man decided to give me. Don't make the same mistake I did... it did not work well.

"Love isn't easy, it's a lot of work." NO. Cohabiting can be hard at times. Keeping a relationship healthy takes work, but it seems like so many people take that as "This person makes me unhappy but love is supposed to be hard." No it isn't. Your partner is supposed to make your life better and more fun than before you were together.

It's Your Responsibility To Fix Your Partner's Flaws

The comments that you can ‘fix’ or ‘raise’ an adult (usually in context of a significant other). Or that they are responsible for their partners behavior (aka dont let him drink too much, dont let him eat junk food, make him do this/that etc). Obviously people can change if they want to and partners can help with that, but marriage/moving in together etc won’t magically change a person who doesn’t see the problem with his behavior, and nor does constant nagging. The problems in the beginning of the relationship won’t disappear; but they certainly can get worse. ‘Boys will be boys’ ‘men have needs’ to justify abusive behavior and cheating, or to remove responsibility from their actions. Rushing a marriage/baby when the relationship is already in a crisis (aka keeping the guy by literally trapping him). I dont know if it’s a common occurence to this day, But it’s a recipe for disaster.

Don't Have Sex On The First Date

“He won’t be interested if you give it up on the first date.” Not true, and my sexual standards for dating are none of your business.

"Get married before 30 at all costs because after 30 your attractiveness takes a nosedive and you will die alone." I feel like we all get some variation of this message throughout our lives, especially in foreign families.

Always Be DTF, Even When You Don't Feel Like It

“Always be sexually available to your husband, even if you don’t want it. Otherwise, it’ll drive him to cheat because men have needs.”

“Have unconditional love for him” Cute advice, but terrible in practice. I’m not going to love him if he hits me or cheats on me. Love is not just GIVEN, it’s earned and built upon.

"Don't text him back, you don't want to look too keen" In fact, none of the flirting "games" tend to work in practice. Just being honest and open works best. None of this "purposely flirt with his friend so he'll want you more" bullsh*t works in real life.

Sex Is Supposed To Hurt

that sex is supposed to hurt. it's common to hear that it'll hurt the first time, but I also hear the 'women just have painful sex sometimes (or always) and they have to live with it' bro. bruh. broself. bruhgante. please no, that's unacceptable.

The main takeaway here? Don't listen to everything you hear! Just because someone gives you advice with a sense of authority, doesn't mean they're in the right.