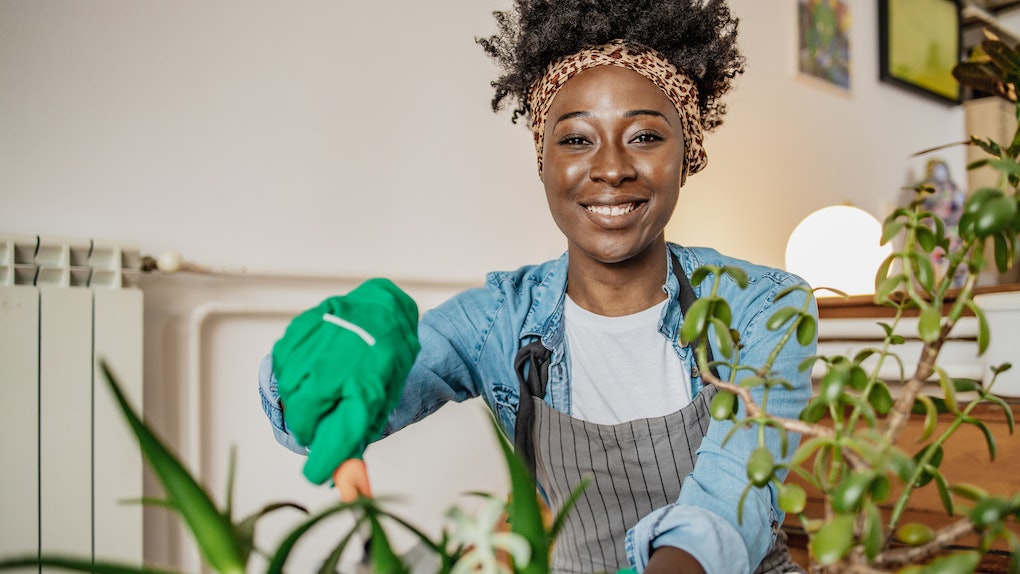 Getting over an ex is much like grieving the loss of a loved one. Both your head and your heart need time to get used to the (often) upsetting absence of the person in your life. Nothing's cut and dry about getting over an ex and the length of time it takes. "No two relationships are the same," Akeera Peterkin, LCSW, tells Elite Daily. "Therefore, everyone’s 'normal' and grieving may look different." It's not weird to feel angry for awhile after breakup — even if the way anger manifests is uncomfortable.

Post-breakup anger commonly looks like blaming your ex or yourself, wishing your ex ill will, disparaging their character to others, or wanting to seek post-breakup revenge, Peterkin says. "A person may hold more anger toward their ex depending on the length of the relationship, the circumstances of the breakup, and the toxicity that may have existed in the relationship," she says, adding that low self-esteem and lack of support also factor into the process.

Still, Peterkin says, There is no standard timeframe of an appropriate length of time to feel emotions. "Grieving is no different," she says. Here are 14 women and non-binary people on how long it took them to get over their ex, and how they felt throughout the process.

I’m in a new relationship, but just starting to get over my ex after five years. We initially dated for eight months. It feels like I’m a chrysalis and I’m finally healing from that broken version of myself.

Anya: Three Years For Three And A Half Years Of Dating

I was with my ex for three and a half years, and we broke up very amicably, so I felt like I "got over it" very quickly. It's been three years since we broke up, and yet he still occupies my mind — not from jealousy or missing him, [but] from anger at what he did to me [and] that it took me so long to understand.

Fast forward a few years, I'm in therapy and have a wonderful, different partner. I'm retroactively learning that so much was messed up in [my prior] relationship, that I'm only now processing the anger and breakup.

We dated for two years and it took me about four months to get over him. It’s complicated because I'll think I'm over him, but then something will come up that activates me and reminds me of my grief. I think getting over a past partner can be a long process that you don’t realize. When I realized I wasn’t in love with him anymore — that’s when I felt I was over him.

From the last time we broke up, it probably took about two months. We dated on and off for seven months. Through getting over him, it became increasingly obvious how little he actually knew me and how little I let him in — which I found really comforting since, by the end of our relationship, we weren’t on good terms and I had lost a lot of respect for him.

I knew I was over him for real when I stopped checking on him. I just stopped caring what he was up to on social media, and it wasn’t like I had to mute his posts or stories or anything, I just genuinely didn’t care. I’ve reached a point where I wish him the best, but I feel no need for us to be friends

It took me close to two years to get over my ex, even though we only officially dated for about two months — dragging it on for another four after. The process went through many waves, but when I was finally over him, it felt like entering a new chapter with the wind at my back. I was literally starting a new journal at the time, and I knew as I moved forward, he was not coming with me.

It took two years for my first love. I dated him for 10 months, with the majority of the relationship being long distance — him in Hong Kong and me in the States. We dated from November 2018 to August 2019. I felt like I finally got over him recently, in February 2021. I felt both grief and excitement, and joy.

Chloe: Two Months For One Year Of Dating

I was in a "situationship" for about a year. I really liked that man, as much to say I loved him. [We had] every benefit of a relationship, minus the commitment. I think grieving what I lost and also what I never had has made getting over him almost harder.

It’s been about two months, with little contact. The grief comes in waves. It was very heavy this week, and I’ve broken down at work, before bed, in the mornings, and in my car... but I’ve learned that it is better to be lonely without someone then it is to be lonely with someone.

It took me a year to 18 months to get over my first serious relationship, which was 11 months long. I think it honestly felt like an absence of pain, rather than a presence of any positive emotion — talking about her and what happened between us didn’t cause any sort of ache.

I simply felt free from the pain that I was left with when things ended. It wasn’t a dramatic shift, just change over time.

Emily: Before The End Of The Two-Year Relationship

We "dated" on and off for most of my senior year of high school and into the beginning of my sophomore year of college — about two years. I was dating other people, I was cheating on with him, and we never actually officially dated — though we were having sex, spending nights together, and exchanging "I love you"s. I knew from day one it was unhealthy for both of us and so even while we were "together," I was trying to be over him.

When I finally did get over him, it was less that I moved on, and more that it finally hurt too much to keep holding on. The moment I ended it for real was heartbreaking, but it was also a relief. He and I both deserved better, as did the other people we were seeing. Even typing this out so long after, I feel nostalgic — and emotional distance, thankfully.

Francesca: One Year For Seven Years Of Dating

It took me years, not because I wasn’t over him, but because the breakup damaged my self-esteem so much that I thought I was unlovable. It caused an anorexia relapse. We were together from [when I was] 17 to about 25, and he had an affair for two years.

I think I was over him, in some ways, in a year. But in other ways, it hurt so much that it took me many years to get over what he did to me and how he treated me.

Jenn: Three Years For One And A Half Years Of Dating

We dated for about one and a half years. It took three years for me to think I was over them, and another four to actually be over them. I went through an entire committed relationship in between with another person, and when that relationship ended, it was the first one I was still mourning, not the one that had just ended.

I think holding on so long made me build the moment up. I was expecting a huge "aha" moment — something that would startle me. But it was just more me realizing I didn’t think about them often anymore — in between sips of tea, sitting on my couch, and then just continuing on with the next thought. Instead of them becoming the entirety of that strand of thought, they were just a pin point in it.

Lindsey: Before The End Of The 11-Year Relationship

I was with my ex for 11 years, and we were engaged. I ended things. It wasn’t an overly healthy relationship and I was mentally out of it long before I was actually out of it. I in no way, shape, or form, want to be with him now, but I still think about him a lot.

I also dream about him probably once every few weeks. It’s annoying, but I’m working on it. [Getting over him] felt very freeing at first. Like for the first time in my 26 years of life, I was actually able to make my own choices.

But then it got very scary and overwhelming because I never had that kind of freedom before. After a few months, maybe half a year, I leveled back out and was able to feel good about it and see the real positives in it.

We dated for two years. It didn’t take me long to get over my ex. When I was done, I was done. It took maybe two weeks, and then I finally felt free and did things I always wanted to do but never did before because my time was wrapped up into this person.

[The breakup] gave me time to pour energy into myself once again. I put the energy into starting my own CBD business. It helped me literally cope with my anxieties and afflictions, and manifest something great and realign with my purpose. Some endings really lead to new beginnings!

Whitney: One Year Before Divorcing

I am a divorced woman that was in a relationship for 10 years. I was mentally over my relationship a year before I got divorced.

I felt liberated when I realized that the last 10 years of my relationship does not dictate my present and future. We put so much of our identities in our significant others, that we forget that we existed outside of our relationships.

I found comfort in knowing that for the first time in a long time, I get to get to know myself without the influence of someone else. I am the same girl, just evolved with more life experience to guide me and help me navigate my "next.”

Healing isn't linear, especially when it comes to getting over someone. If you find this is the case for you, it doesn't mean you're broken. It simply means you're a human being, grieving a chapter in your life that has closed. If nothing else, let the above stories remind you that grief has no timeline, and that being patient with yourself is the kindest thing you can do for your energy.