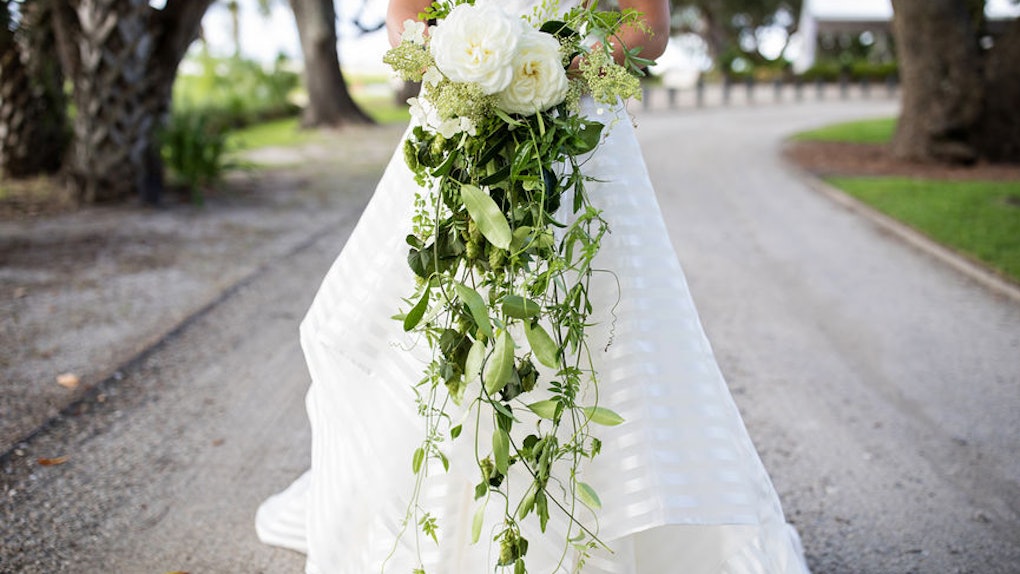 As a child of divorce who, to be quite honest, has not seen a lot of happy marriages in general, I'm a little weary of the whole marriage thing. I always have been. To me, marriage doesn't seem like something you should risk doing unless you are totally and completely sure and, for that reason, getting married young concerns me. But a recent Reddit AskWomen thread asking ladies who actually did it to share what they believe to be the pros and cons of getting married young, has forced me to see the whole thing in a different light.

Like getting married at literally any other age, getting married young seems to come with its own pluses and minuses. Yes, divorce is a possibility. But so is lifelong, blissful happiness.

Read along as these women manage somehow to both further panic and reassure you about any and all of the fears you may have had regarding marriage.

PRO: With work, it can be really great.

We we're 22 and it was hard. We have very little support of our marriage and we had to endure growing and changing a lot! After 5 years of marriage and a toddler in tow we separated for a year and a half. I had PPD and PPA really bad, we lived far from family and had no support system. I needed more than he could give at the time. As a result we co-parented and went to family therapy so we could do better. Ended up building a friendship that we didn't have before and moved forward with living together again. We are celebrating 10 years of marriage and I can honestly say I am married to my best friend.

Met at 16, married at 22, divorced at 23. He became more like a best friend to me rather than a husband. I wasn't attracted to him so we never had sex and we didn't communicate as neither wanted to hurt the other. His mother was overbearing as well which didn't help matters. After starting a new job I met another guy (my now current husband) and ended things before anything got serious. It was tough. We've not spoken since we split as he took it all very badly.

For me though I'm very much happier. We have a daughter, we work well together, I quite frankly love him. We've been married nearly 2 years now and together for 10.

PRO: If you're both equally dedicated to making it work, chances are good that your relationship will succeed.

I don't know if 24 is really all that young, but it seems younger than average for my generation. It's great, we are almost to our 8 year anniversary. I think it's worked so well because we both went in 100% dedicated to making it work, and we were both ready. We also have a lot in common, and have good communication skills and similar communication styles. Well matched libidos don't hurt either. We share similar goals. The ways that we differ tend to compliment each other, not grate on each other. Lots and lots of reasons why it works well to be honest.

CON: You may overlook some big red flags.

Married (eloped) at 23... getting divorced at 26. It has been rocky since the get go, many extreme highs and lows. I still love him immensely but some extreme substance abuse issues arose that I just couldn’t handle anymore. Wonderful man, some terrible demons. That being said, we weren’t right for each other in a lot of ways. No bitterness though.

PRO: There's the possibility of falling more and more deeply in love with each other with every day that passes by.

We were both 21. We had our daughter at age 24 and our son at age 27. He got a vasectomy at age 28. We've been married 17 years and he is the most perfectly magnificent man for me. I am more in love than the day we married...and I'm sure he feels the same way. It hasn't always been easy, but it's been the biggest gift of my life. Never in my wildest dreams did I imagine marriage could be this damn good.

It matured me faster because I couldn’t be “bratty”- we were/are a team and my choices directly effect him and how our life is. Its humbling and honestly, on our worst day I wouldn’t trade a single day. I’m proud we’ve outlasted most of other people’s relationships. We work our asses off for it.

PRO: It keeps the youth in your relationship.

Started dating at 18 and married at 20 years old, 20 years ago this year. He’s still my very best friend and we compliment one another perfectly. When I hear dating stories, although they sound exciting, dating also sounds like a ton of work and a lot of stress. We are probably both a bit immature since we got together so young, but it keeps things fun! We had sex on the trampoline in our yard the other night - it was wonderful.

PRO: You have no time to develop preferences outside of what you have with each other.

My husband and I met at 16 and married at 17. We have been together 10 years and married 9 this fall. We are happily married with 4 kids.

It worked out for us because we kinda grew up together and developed into mature, responsible adults along side each other.

We’ve had plenty of hard times and hurdles to tackle that life threw at us and they helped strengthened our marriage. We still goof around like young kids in love- jumping into his arms, chasing each other around the house, tickle fights etc.

I think the biggest perk of marrying young is that we went from our parents’ house to our own so we didn’t developed a bunch of habits or preferences that would bother the other if we had lived on our own for a time. He does drive me crazy when he blows his nose like a foghorn in the shower though haha.

CON: You're too immature to deal with some of life's problems.

Badly. I was 20, he was 19. We dated for 2 years and were married less than 6 months before we divorced. We were both too young and immature and hot-headed to deal with real life problems and disagreements. I regret it, but the experience taught me a lot, and I'm proud of the person I've become!

CON: An entire decade of your life could potentially go to waste.

I'm not sure how you define young these days. I met my ex husband at 23 and we married when I was 25. We divorced when I was 33 after 10 awful years and I regret having chosen to marry before I had any reasonable idea of what I needed in a long term partner. I wasted the first decade of my adulthood desperately seeking the kindness of a man who would never give it to me.

PRO: You have someone to go through your life with.

My husband and I got married at 21. It’s been so great having somebody to grow and experience life with. We’ve been married for 5 years. I’ve had young girls try to use me as an example or a justification for marrying young. I always tell them that we are the exception, not the rule and to take as long as necessary before getting married. We are just really lucky and very committed to making this work.

PRO: Your relationship can age like a fine wine.

I’m not sure if 23 is that young considering I’ve been on my own and totally self sufficient since age 17. It worked out pretty well for me. I’m still happily married and our relationship only gets better with time.

PRO: You could potentially ruin your 20s.

It was a mistake. I ruined my early twenties by getting married/being married.

We started dating when we were 21 and got married at 23. We’ve been married for 9 years now and it’s wonderful! We’ve grown up together and function as a team. It’s been fantastic because we’ve always had each other for support and encouragement for all that early adulthood stuff: grad school, buying a house, starting careers, etc. I think that makes our lives more stable — we have a partner to rely on, someone who loves us more than anything else.

Through his analysis of data represented in the National Survey of Family Growth (NSFG) from the years of 2006 to 2010, sociological researcher Nicholas Wolfinger found people who get married between the ages of 28 and 32 tend to have the least likelihood of getting divorced.

So, yes... the numbers and modern society may urge you against marrying young but, take it from the ladies who have actually done it, if you're really sure about this person and really committed to making the relationship work, you've got a shot at a happy marriage. No matter what your age.

More like this
When Are Ariana Grande & Dalton Gomez Getting Married? Here's The Reported Tea
By Corinne Sullivan
Zac Clark & Tayshia Adams Are Wedding Planning & I’m So Pumped
By Lydia Wang
Shanna Moakler's Reported Reaction To Travis Barker's PDA With Kourtney Kardashian Is Sad
By Candice Jalili
Stay up to date