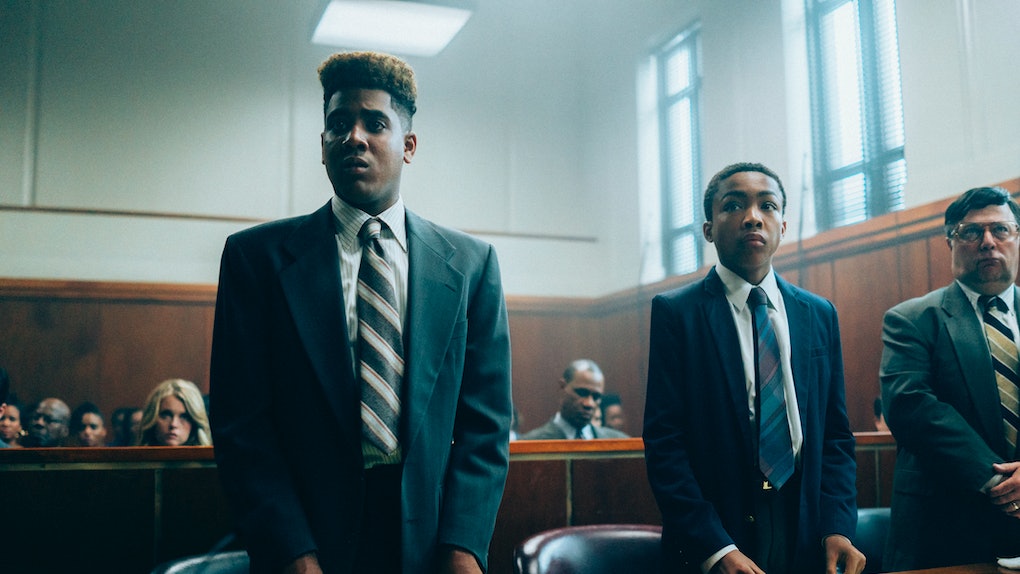 The police-involved killings of Breonna Taylor and George Floyd in March and May of 2020 sparked a cultural revolution in the United States. Amid peaceful protests and the resurgence of the Black Lives Matter movement, people have turned to literature and entertainment to gain exposure to Black art and arm themselves with the knowledge necessary to practice anti-racism. Professor Ibram X. Kendi, the director of the Antiracist Research and Policy Center at American University and author of How to Be an Antiracist, defines anti-racism as “the action that must follow both emotional and intellectual awareness of racism.” And these 13 movies and TV shows about anti-racism will serve as useful resources to heighten your awareness of Black American life and, hopefully, encourage you to fight against all forms of racism.

Art has been a form of storytelling and escapism for centuries. The films, TV shows, and documentary series on this list present racism in various forms — from overt and crass to subtle and seemingly unintentional. They also depict the mental gymnastics often required of Black people to achieve peace of mind and even survival. Discussions about race and anti-racism can be heavy and uncomfortable. As you watch and learn from these powerful picks, consider the lessons and perspective they each offer.

1. The Aspen Institute: How To Be An Antiracist

In 2019, author and historian Ibram X. Kendi was interviewed by journalist Jemele Hill about the concept of anti-racism. During their nearly hour-long discussion, Kendi touches on confronting internalized racism, how racism is used in government to perpetuate power, and why there’s no such thing as “not racist.” The discussion offers a hard look at the tough questions surrounding systemic racism, and encourages reflection on how people are complicit in racist behavior.

2. All In: The Fight For Democracy

Political leader Stacey Abrams is credited with increasing voter turnout in Georgia in the 2020 presidential election. That same year, she released All In: The Fight for Democracy, a documentary directed by Liz Garbus and Lisa Cortés that focuses on voter suppression and the barriers that hinder marginalized communities from exercising their rights at the polls and ultimately leads to a lack of representation across all levels of government. Additionally, it explores America’s track record of inequity when it comes to the democratic process, plus the many ways racism has a foothold in today’s voting system.

This series is based on the true story of Sean Ellis, a Black man sentenced to life in prison after he was wrongfully convicted of murder in the first degree. Ellis, who was 19 at the time of the 1993 murder, spent almost 22 years in prison for a crime he did not commit. Trial 4 explores Ellis’ case and how corruption in the Boston Police Department resulted in his incarceration.

A nine-chapter documentary, The Black Power Mixtape was shot between 1967 and 1975 by Swedish journalists who documented the civil rights and Black Power movements. Featuring prominent activists and artists like Angela Davis, Stokely Carmichael, and Erykah Badu, it offers insight into the framework of protests and movements similar to those we’re witnessing across America now. The real highlight of this film, however, is the perspective. Movements for Black liberation in America are often criminalized in the media and portrayed as violent and defensive. This documentary shows the inner workings of the movement, and the many struggles that come before triumph.

Told in four parts, When They See Us tells the story of the five young Black and Latinx men wrongfully convicted of attacking a woman in Central Park in 1989. It is based on the true story of Korey Wise, Raymond Santana, Yusef Salaam, Antron McCray, and Kevin Richardson, who came to be known as the Central Park Five. Written and directed by Ava DuVernay, the miniseries follows the teens from their wrongful conviction in 1990 to their eventual exoneration in 2002. It also delves into the connection between race and premature incrimination, the hand authorities play in the manipulation of facts, and the impact that has on Black and brown youth as evidenced by the demographics in America’s prison industrial complex.

Set against the backdrop of 2019 New York, this film explores police brutality through the lens of two friends, C.J. (Eden Duncan-Smith) and Sebastian (Danté Crichlow), science buffs and academics who while working on a time machine to get into college are struck by tragedy that alters the past. See You Yesterday marries sci-fi with real life, highlighting the issues in our justice system and the growing desire to usher in change. The film juxtaposes Black excellence with the harsh truths of the Black experience, underscoring the unfortunate reality that skin color in America often makes you a target, regardless of your pedigree.

Kenya Barris’ Black-ish combines comedy with history through the lens of an upper-middle class Black family — headed by Anthony Anderson and Tracee Ellis Ross — living in California. The show highlights the lessons taught to Black youth from a young age about public perception, excellence, and the many ways BIPOC (Black, Indigenous, people of color) communities are stereotyped in environments that lack diversity. From illustrating the ramifications of using the N-word to how microaggressions in corporate America run amok, the show uses comedy as a vehicle for education and change. It also spawned two popular spinoff series: Grown-ish, a college-based show starring Yara Shahidi, and Mixed-ish, a storyline told through the lens of a biracial American family in the 1980s.

Set in Mississippi in the mid-’90s, the film stars Samuel L. Jackson, Matthew McConaughey, and Sandra Bullock. It brings to light the racial tension in the Deep South, and the bias and mistrust of the justice system in the Black community, which is perpetuated by systemic racism. In particular, it highlights how race is used in the legal system to further oppress marginalized people, and the ways repeated unchecked acts of violence against a community can lead people to view justice as a matter of jeopardy.

Entering its fourth and final season, Dear White People explores modern race relations through the eyes of Black Ivy League college students at a fictional PWI (predominantly white institution). From police brutality to code-switching, Dear White People offers a contemporary look at social and systemic issues that plague Black people across the country, but particularly those in predominantly white spaces. The show is narrated by college radio VJ Samantha White (Logan Browning), the host of the radio show Dear White People, and told through a series of vignettes that show that while Blackness is not monolithic, the traumas inflicted upon marginalized communities through systemic and veiled racism are often the same.

10. Soundtrack Of A Revolution

Music is a cornerstone of Blackness — a form of self-expression and survival. During slavery, it was generally illegal for the enslaved to read or write, for example, and they would sing to share news and pathways to freedom with one another. The film/documentary Soundtrack of a Revolution explores the role of music in Black liberation throughout history and serves as a reminder that music is more than just a form of entertainment — it’s often the story of someone’s life and a window into the experiences of others.

American history has historically belittled and erased Black people from the narrative. As such, NASA pioneers like mathematician Katherine Johnson, supervisor and mathematician Dorothy Vaughan, and engineer Mary Jackson became “hidden figures.” The three-time Academy Award-nominated film explores racism in America in the ‘60s and tells the stories of the three aforementioned Black women played by Taraji P. Henson, Octavia Spencer, and Janelle Monáe. The film touches on the issue of segregation; the parallels between women’s rights and civil rights; Black female excellence in mathematics, science, and engineering; and many themes that support Ibram X. Kendi’s claim there’s no such thing as “not racist.”

Starring Michael B. Jordan, Jamie Foxx and Brie Larson, Just Mercy tells the true story of Walter “Johnny D.” McMillian (played by Foxx), a wrongfully-convicted Black man on death row in Alabama, and Bryan Stevenson (played by Jordan), the young Black lawyer who took his case to retrial and eventually won his freedom. Set in the late ‘80s in rural Alabama, the film explores systemic racism, the impact of media in politics, and the ways Black families are marred by unjust systems of governance and the prison industrial complex.

This documentary series by Al Jazeera shines a light on social issues plaguing the U.S. by offering an explanation of how they came about. Some examples? It explores police violence against Black women, the link between the police and COVID-19 deaths, racism and police brutality, the surveillance of Black activists by the FBI, codes of silence in the Chicago Police Department, and prison reform.

More like this
Kathryn Hahn Hopes To Explore Agatha's Backstory In Future Marvel Projects — EXCLUSIVE
By Dylan Kickham
Is Netflix Making A 'To All The Boys' Spinoff Series About Kitty? Here's The Tea
By Rachel Varina
10 Rainy Day Movies To Watch On Netflix That Are Perfect To Pass The Time
By Kristen Perrone and Lexi Williams
Stay up to date