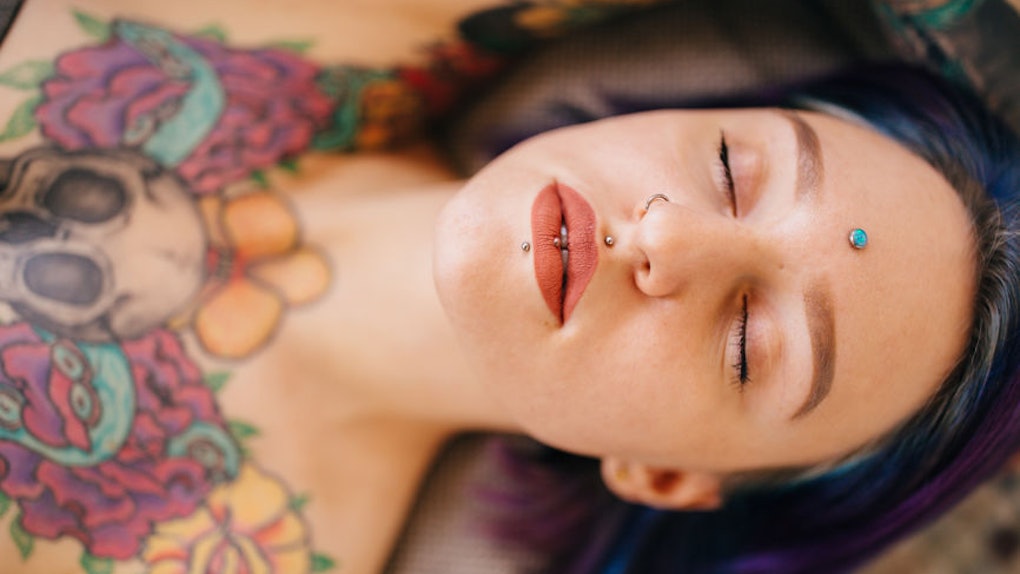 11 Women Describe Their Most Vivid Sex Dreams, & It Might Turn You On

First and foremost, there is nothing to be ashamed of when it comes to having sex dreams. I want to put that out there right away, because now I'm going to confess one of mine, and I don't want you to judge me! My most vivid sex dream was one where I got it on with Vladimir Putin. Yes, this is a true story. But the slumbering heart wants what it wants, and apparently that night mine wanted to get freaky with a monstrous dictator. (Pun intended). I couldn't imagine anything weirder until I started reading women describe their most vivid sex dream on Reddit, and then suddenly my night of passion with Putin seemed kind of tame. Maybe even boring, that is, if the women sharing their stories about their most memorable sex dreams are anything to go by.

But in all seriousness, I think sex dreams are kind of amazing. Not just because they feel really, really good, but because they are so creative and a really great way to work some stuff out — and let off some sexual steam. But just how imaginative are we ladies when it comes to our sexy dreams? To answer that, just read on. Warning: Things are about to get very hot.

Sex with a stranger.

It was about a month before my wedding, and needless to say I was feeling a bit jittery about the whole situation. In my dream, a beautiful young woman and I walked in a golden field, holding hands. We were in love. Everything was right with the world. Then I realized the waving golden grass was not, in fact, grass, but the arms of other, similarly beautiful young women, every one impossibly perfect in her own way, no two alike. They were everywhere. Naked. A field covered with quivering, gorgeous women. And they were all in love, or lust, with me, and while this was okay, it was also deeply, deeply disturbing. I thought about my fiancee. About the possibilities I was abandoning to be with him. About the permanence of the choice I was about to make. And I woke up sweating, startled, distressed, and horny as hell. Got married anyways. Should've listened to my subconscious.

Sex with a hot celebrity.

Because it's relevant, let me begin by saying that I am a girl. The day after Christmas, I had a dream that I had been given a giant beanbag chair in the shape of a penis - complete with veins and two hairy beanbag balls. Although the chair was pretty fantastic, I decided that it would not fit with my current decor and that I would return it to the beanbag store. So I get to the store, am told to sit down (in a normal chair), and suddenly Ryan Gosling comes to help me with my return. He has a clipboard and starts asking me questions about why I am dissatisfied with my gift and if I would like an exchange. He finds it hilarious that I was given a penis chair, and I am somehow able to make very witty and charming conversation with Mr. Gosling, as though we were old and comfortable friends. We laugh a bunch together and I can absolutely tell that there is some chemistry between us. Once his questionnaire is over, I look up and George Clooney is there looking very skeptically at Ryan Gosling, as though to say, "Her? Really?" So as a little f*** you to George, I put my hand way up on Ryan's thigh and look him right in the eyes. He looks back for a moment and then picks me up out of my chair and throws me down on a nearby beanbag. We f*** right there as George Clooney watches.

I'm pregnant (two days away from my due date) and pregnant women have WEIRD dreams, especially sex dreams. Two nights ago, I had a dream that I was Zooey Deschanel's new love interest on New Girl. In her crazy Jess character, she proceeded to flash and smush her naked breasts and spread her legs and naughty bits porn-style, all while yelling, "WHAAA WHAA WEE WHAAA! Aaaaoooogaaaa!" I kept thinking, "I can't believe they're going to put this on TV." and then proceeded to get her off with my big toe, per her request.

I had Johnny Depp several times just last night! He was f***ing amazing...Unfortunately, I have also had buttsex with a Klingon, and John Goodman. This was before my medication.

When I was like 14, I had a sex dream about Fred from Scooby Doo. He was still in cartoon form in the dream.

I don't know about most interesting but a weird one for me was a really vivid dream about having sex with Steve Buscemi. I just remember we were going to town on a couch in an industrial warehouse or something and it was one of those dreams where it felt very real. I woke up still feeling good down there.

Once I had a gay sex dream about Leonard and Sheldon from the Big Bang Theory. (I'm a chick) The perspective of the dream was confusing, but it was kind of like I was one/both of them but also observing the scene. It was in a shower and it was very... scientific.

And here's where things really get wild — literally.

I once dreamt I had sex with a shark to distract it while a friend escaped. It had a shark d***. I liked it in the dream but woke up thinking WTF.

My strangest sex dream happened a few years ago. The dream is more in depth this is just a quick summary. In this dream, I’m half dragon but look human. I ended up going to school with other full blooded dragons who also look human. They give me a hard time, because I’m only half dragon, but for some reason I’m a special breed because I can sing in Draconian. I still remember the singing, and it was beautiful, not something that could ever be done with human vocal cords. Any way, while in school I end up going into heat which is rare, and one of the other dragon males catches me in the shower. He ends up growing claws and fangs, then we have sex with all the showers on. It’s really hard core, he keeps digging his claws into me and pinning me down under him. The teachers find us and their solution is to lock us in a room together until I’m out of heat.

I was flying happily through a beautiful valley when I saw Chewbacca amidst the grass and flowers. Then I had sex with Chewbacca.

Well, I warned you. This is some very hot (and kinky) stuff. But hey, all's fair in sexy dreaming.