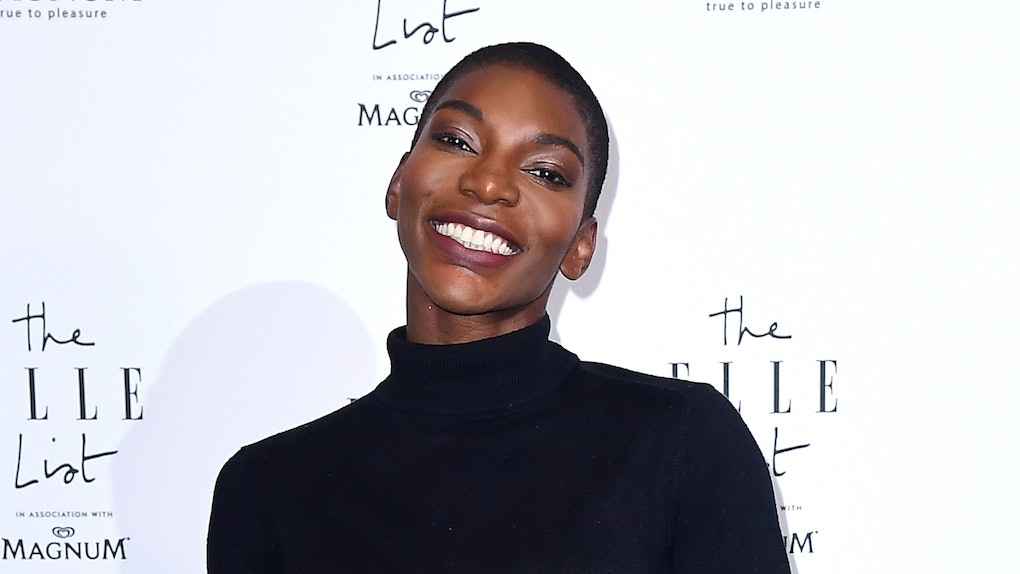 11 Facts About Michaela Coel, 'I May Destroy You's Creator & Star

If you don't know the name Michaela Coel yet, you definitely will soon. The actor/writer burst onto the scene with her hilariously awkward E4 and Netflix comedy Chewing Gum in 2015, and now she is the creator and star of 2020's most audacious new TV show: I May Destroy You. All of Coel's works are incredibly personal, and learning the details of her artistic personal life adds so many new layers to her shows. These facts about Michaela Coel will help fans get to know the star even better.

Coel is a London native, born to Ghanaian parents in 1987. If you have seen her series Chewing Gum, then you actually already have a pretty good idea about what her life was like growing up. She had a very religious upbringing within the Pentecostal faith, but stopped practicing when she attended the Guildhall School of Music and Drama. Still, according to her July 6 interview with Vulture, the Bible is what inspired her to start writing in the first place.

Now, Coel is a powerhouse in the entertainment industry with a cult-beloved Netflix comedy and a critically acclaimed HBO series under her belt. Both shows offer a peek into her life, but there is so much more about her for fans to discover.

1. She got her start performing poetry at open mics.

Coel's initial claim to fame was as a spoken word phenom in London. She got her start performing poetry at open mics across the city, going by the name Michaela The Poet.

2. Chewing Gum and I May Destroy You are based on her real life.

While Coel's coming-of-age comedy series Chewing Gum may seem outlandish at times, it is based on her religious upbringing and her complex relationship with the concept of celibacy. Similarly, Coel also pulled from her real-life experience when she made I May Destroy You, basing the series on the sexual assault she experienced.

3. Chewing Gum was her graduation project at drama school.

It was Coel's final project at Guildhall that eventually became her first hit TV show. She presented her play Chewing Gum Dreams as her senior project in 2012, and it went on to be produced at theatres all over London, including the National Theatre. The production studio convinced Coel to drop "Dreams" from the title when adapting it to television, a change that underlined the show's more upbeat and silly tone in comparison to the more overtly dark elements of the play.

4. She identifies as aromantic.

Coel opened up about her take on romance in a 2018 interview, revealing she identifies as aromantic. "I googled aromanticism and I very much felt like, ‘Oh, that’s me,’" Coel said. "Which means if you tell me to dress up nicely because we’re going to go to a dinner with candles, it’s not going to mean a lot to me. It’s a waste of money and I have ingredients at home. Things like weddings and the expense of these things — I would rather settle for the rest of my life with a person."

Coel made sure her first major awards ceremony was extra special by wearing a Kente cloth dress made by her own mother to the 2016 BAFTAs. That night, Coel took home two British Academy Television Awards for her work on Chewing Gum, one for Best Female Comedy Performance and one for Breakthrough Talent.

6. She's been on two episodes of Black Mirror.

As if getting on one episode of Netflix's hit tech-apocalypse anthology Black Mirror wasn't impressive enough, Coel is one of the few actors to ever appear on two episodes. She briefly appeared as an airline attendant in Season 3's "Nosedive," and then had a much larger role as the captive spaceship navigator Shania in Season 4's "USS Callister."

Not only has Coel conquered writing, acting, and poetry, but she's also an accomplished singer. Under her Michaela The Poet moniker, Coel has released two albums and an EP of original music. Her first album, Fixing Barbie, came out in 2009, and her follow-up, We're the Losers, was released in 2011.

8. She stood up to Netflix for creative control of I May Destroy You.

In her Vulture profile, Coel revealed Netflix had offered her $1 million when she was pitching I May Destroy You, but she refused the offer because the company wouldn't give her any percentage of the show's copyright. She recalled a phone call with a Netflix exec in which she was refused even a tiny percentage of the show's rights, so Coel instead took the show to BBC, which gave her full creative control, and HBO soon jumped on board as well.

9. She went to school with her I May Destroy You co-star.

If Arabella's friendship with Kwame feels especially real on I May Destroy You, that may be because Coel has known Paapa Essiedu for over a decade. The two were classmates at Guildhall together, and they even performed a scene together for their final-year showcase. But their friendship is not what earned Essiedu the part of Kwame — he told Vulture a casting director brought up the idea to audition him. "There’s no nepotism in your favor from being friends with Michaela Coel," Essiedu said. "I think it actually makes it harder for you to get the job."

10. You can watch her speech that inspired I May Destroy You online.

In 2018, Coel became the first Black women to give the prestigious MacTaggart Lecture at the Edinburgh International Television Festival. It was in this speech that Coel publicly told the story of her sexual assault for the first time, and it went on to inspire I May Destroy You. The full speech is available to watch online.

11. A trip to Michigan helped her come up with the I May Destroy You ending.

In her Vulture interview, Coel shared the unexpected way she came up with the ending for I May Destroy You. She booked an Airbnb in Michigan and wound up bonding with the property's owner. When Coel told her new friend about the project, she recommended a short story about a woman getting revenge on her sexual assailant, but Coel responded that she didn't want her story to end in bloodshed. Instead, Coel found inspiration when the two relaxed together watching a documentary in the middle of a thunderstorm, noting that was the type of closure she wanted Arabella to feel.

New episodes of I May Destroy You air Mondays at 9 p.m. ET on HBO.