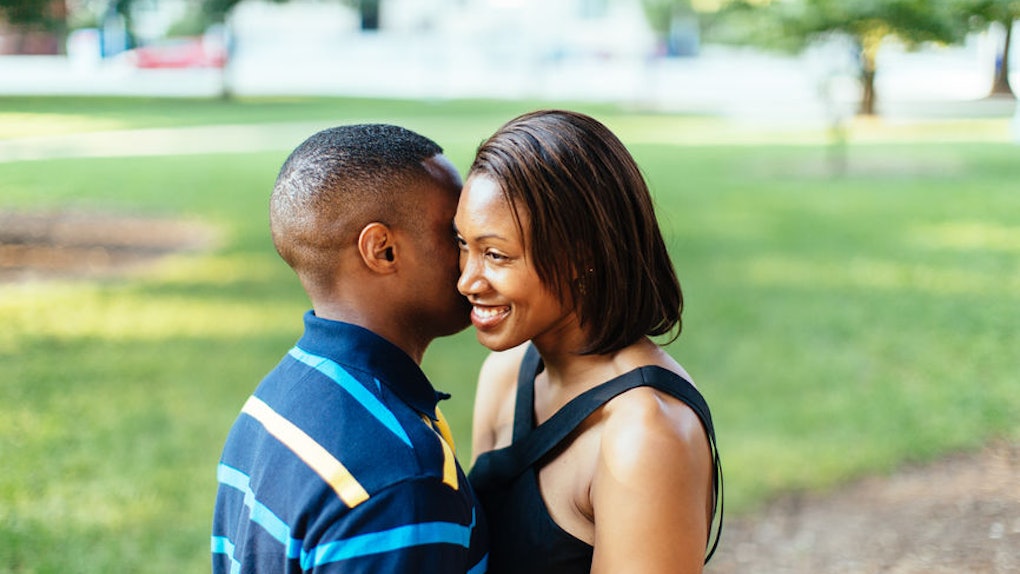 Read along and buckle up to prepare for the emotional rollercoaster that lies ahead.

He told her the girl she heard on the phone was actually just his brother.

That wasn't a girl that answered the phone, it was my brother and he was eating so that's why his voice sounded like that.

He said he was single and had no children, when he really had a wife and kids at home.

Then he picked me up for a movie date at his place, and HIS PREGNANT WIFE was sitting in the living room with their other toddler, waiting to call me a homewrecker.

He swore he didn't have feelings for his coworker, then dumped her for that same coworker.

My first boyfriend swore up and down that he had no feelings for the girl he worked with who he was constantly texting. They were just friends. He'd turn it around on me and make me feel stupid and guilty for questioning him.He dumped me and two weeks later they were in a relationship.

He said the reason he couldn't stay out late was because of his early class, but really it was because he was on parole.

He lied about knowing his online dating accounts were active.

"I swear I didn't know my online dating accounts were active. We're engaged and I love you."BIG lie.

He fabricated an 80-hour work week to cover up his cheating.

He lied his way into an 80-hour work week to cover up his cheating.I know overtime is a thing, but he didn't even have a job where you could work after sunset :/

He made up a detailed lie about having a cat.

That he had a cat. I like cats pretty ok. Not an over the top cat person but I like them and find them cute. While we were friends and then talking romantically, he lived 2 hours away and would tell me all about this cat ding quirky cat things while we chatted and such. Guess he forgot all about it but many months later I went over to his place- There was no cat. I asked around and there never was.

He claimed the hickey on his neck was a scrape from a branch.

On his return from a camping trip with old friends, I asked my boyfriend of four months why he had a bruise on his neck. He responded; "must have scraped it on a tree branch or something".It was a hickey.

He lied his way into getting her to help him trim the roses he got his other girlfriend for Valentine's Day.

When she dumped him, he lied about having cancer to get her to stay.

“I’ve got cancer” when I broke up with him.

I told you that would be an emotional rollercoaster. Now go forth and be truthful!

More like this
Are Demi Lovato & Noah Cyrus Dating? They're Reportedly "Hanging Out"
By Joyann Jeffrey
19 Cute “Good Morning” Texts To Send Your Partner Every Day & Put A Smile On Their Face
By Christy Piña
JoJo Fletcher & Jordan Rodgers’ Relationship Timeline Proves ‘The Bachelorette’ Can Work
By Lydia Wang
Stay up to date