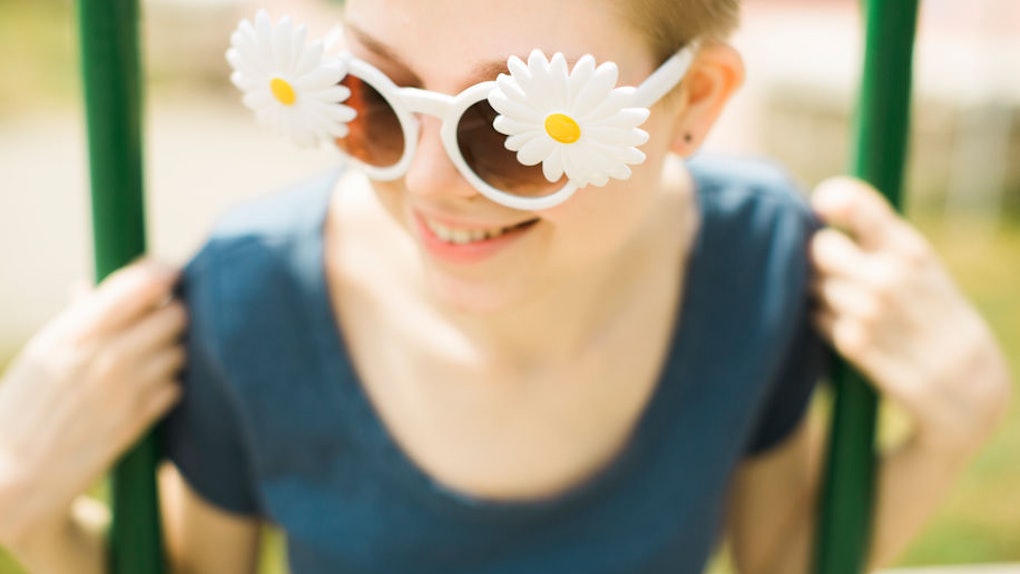 Why the heck were you so eager to grow up? Yeah, that level of independence was admirable as a kid, but seriously, what were you thinking? You heard the moans and groans about adulthood from the grown-ups around you, yet you were convinced our experiences would be different. Maybe it's because you pinpointed those myths about adulthood early on, and now it's time to confront those older folks. (I mean it. Make a list.)

Let's see — adulting is a mixture of hot messes, successes, and so many life lessons. If you haven't curled into a ball once or twice and wished you were a kid again, then you just wait, because it happens to the best of us. Your parents, grandparents, and other grown-ups weren't lying when they said this stage of life would be hard. They did, however, coat the truth on a few things and you are so here for setting the record straight.

Obviously, you're not upset about these myths, because they deterred you from wanting to grow up so fast. Father Time sure has a way giving you just what you ask for. You're not calling anyone a liar, but you fear that saying any of these 10 myths out loud will lead to instant "liar, liar, pants on fire."

1. Age Ain't Nothing But A Number

I'm sorry, but please come again? At 18 years old, you're considered an adult, you can vote, and you can even join the army. By the time you're 26, that "number" means you can no longer reap the benefits of your parent's health insurance. If you ask me, age is definitely a number and a pretty darn defining one.

2. "The One" Is Out There Waiting For You

I know Disney movies and our parents were just trying to raise the hopeful hearts of the future. I don't know about you, but as I got older, the idea of "the one" made me panic. Who is this one you speak of? How will I know who they are, and does Amazon sell a gadget that detects them if they're near?

3. Eating All Of Your Vegetables Gets Easier

Keeping track of a well-balanced intake of vegetables does not get any easier. Sometimes you have to remind yourself to stop working and sit down to eat throughout the day. So, keeping track of all the veggies you consume is twice the challenge. In plain terms, a part of you still needs your parents serving up the veggies at dinner.

4. The Whole "You'll Understand When You're Older" Thing

Do you ever feel like you didn't get the memo about life or your current situation? It makes you think back on all of those times your parents said you'd understand when you were older. Well, you're older, and there is still so much you do not freaking comprehend. Help.

5. That Gum They Told You Not To Swallow Will Finally Be Digested

I get it — your parents didn't want you swallowing everything you put your mouth on. They said, by the time you grew up, that same piece of gum will have finally left your system. This certainly explains why so much gum was placed under school desks.

6. Oh, And That Black Watermelon Seed Will Be Full Grown By Now

Black watermelon seeds were like the most forbidden things of all fruits. Your parents told you that swallowing one meant over time you'd grow a watermelon in your belly. You don't want to tell them that you were expecting a nice shiny porcelain patter on your 18th birthday. Ya know, so you could slice and share that watermelon you've been growing for years.

7. There Will Come A Day When You Won't Need Your Parents Anymore

Let's be real: You are ALWAYS going to need your parents in some way. I don't even know why adults tried to Jedi-mind trick us into thinking otherwise. When your parents had you, a forever agreement was made, and there's no getting out of it.

8. You'll Use So Much Of That Math You Learned

There's a high possibility that you never heard the words "hypotenuse" or "Pythagorean theorem" ever again after high school. So much math was information you were not going to utilize the rest of your life. Yeah, I get the benefits of learning it, but to say it's something that we'd use constantly was slightly untrue.

9. All You Need Is One Good Job

Maybe your parents were lucky enough to land a job in a field that they stuck with for 30 plus years, but that's not always the case. You're going to try multiple jobs, and you aren't going to feel bad about moving onto the next one. How can you truly know it's meant to be if you haven't experienced anything else?

10. You Get To Do Whatever You Want

Let me set up the scene here. Your parents or grandparents didn't let you do something that you wanted to do. In response they said, "When you're a grown-up, you can do whatever you want to." Really? Can I go to the bank and cash out a million dollars of someone else's money? And can I make *NSYNC get back together with the snap of my fingers? Adulthood is so not full of whatever you want.

You can't blame the grown-ups in your life for wanting to keep you in that kid mindset for a while. By now, you totally understand why they did.