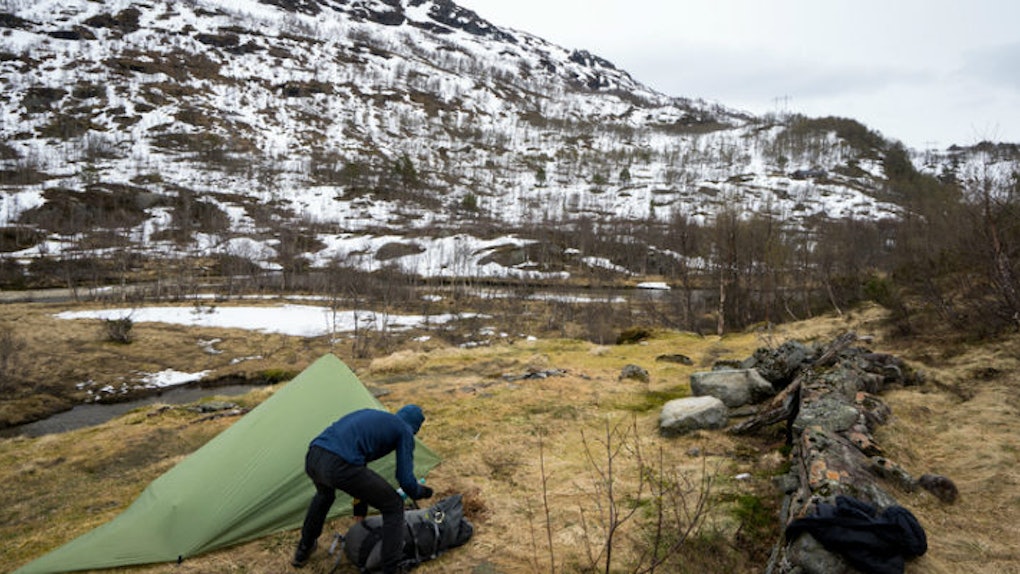 These People May Have Caught A Yeti On Camera

When I was a child, I was convinced that I would find a yeti.

I was also convinced that I would be the one to find Amelia Earhart alive, so I guess that's explains how much I have let myself down over the years...

Regardless, I would pack up my camping gear, attach my pocket knife, which I was way too young to have on my hip (WTF mom and dad?), and I would head out to scout in the woods alone (again, WTF mom and dad?).

I never found a yeti, but I am convinced they exist -- especially after this footage.

For obvious reasons, yeti sightings happen a lot in Russia. Maybe it's because the environment is perfect for the yeti, or maybe it's just because everyone has dash-cams.

This video was filmed in the Republic of Bashkortostan. Some men were taping their trip on what I assume is an ATV or a snowmobile when the yeti runs across their path.

I mean, of course you could write this off as one of their buddies just running across their path for the footage.

But you think some Russians in the middle of the woods would do that to us? They would just go on the internet and lie like that?

Obviously yetis exists, despite the fact that we have never found one alive or dead. Not convinced? Please watch this horrifying footage I just found on the interwebs.

This is truly chilling. You can never be too safe out there.

Realistically, the yeti, which is a figure in Nepalese folklore, was probably a prehistoric bear based on DNA from hair samples found in the Himalayas...

Or maybe that's what they want you to think.

Yetis want to lure us into a false sense of security while their numbers grow. Soon, they will rule the Earth.

We already have one in captivity at Walt Disney World's Expedition Everest...

Citations: Another Alleged Yeti Sighting Has Come Out Of Russia, Complete With Creepy Video (Uproxx)