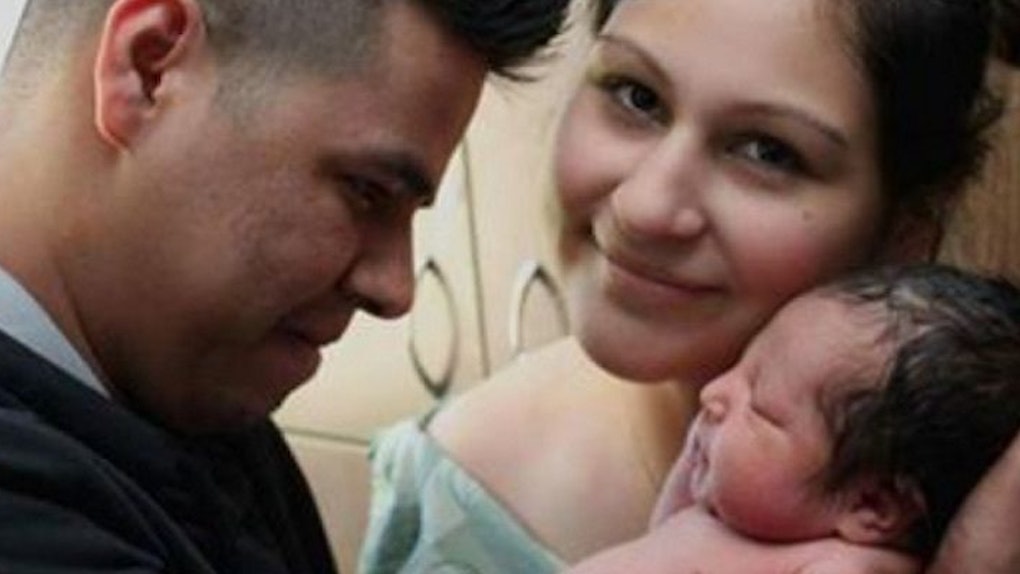 Last Thursday, a newborn was abducted from her mother, 27-year-old Laura Abarca-Nogueda, in Wichita, Kansas.

Abarca-Nogueda was shot and killed in her home before a kidnapper snatched her 6-day-old baby girl, according to People.

However, her infant, Sophia Gonzales, was found safe and unharmed Saturday morning in a residence in Dallas, Texas.

Yesenia Sesmas, 34, is accused of the murder and kidnapping along with allegedly faking her own pregnancy for months, according to Wichita police.

Sesmas was arrested Saturday after an extensive two-day search for Abarca-Nogueda's newborn succeeded.

Wichita police Lt. Todd Ojile said the baby was discovered in Sesmas's Texas home, where her boyfriend, son and niece were also residing.

Sesmas reportedly lived in Wichita earlier this year before moving to Dallas.

To make matters for the case even worse,  Ojile said during a press conference on Monday that Sesmas and Abarca-Nogueda had known each other for a long time before the alleged murder.

Yup... I definitely just got the chills.

Sesmas was taken into custody on Saturday and is now being held in Dallas on charges for kidnapping and first-degree murder, Ojile said.

Meanwhile, Abarca-Nogueda's baby was returned to her father. Although she remained unharmed throughout her harrowing kidnapping, she will tragically now have to grow up without her mother.

A GoFundMe page has been set up for the family, and its tribute is sure to bring a tear to your eye.

An excerpt from the page's touching description reads,

Laura Orquidea Abarca Nogueda was a vibrant, beautiful woman, who's life got taken from us far to soon. She was a loving mother to her daughter Sophia,  a devoted girlfriend, also a caring sister, daugther and aunt, simply a friend to us all. [...] Laura meant so much to us and we are devastated by the events surrounded by her death and the disappearance of her daugher Sophia.