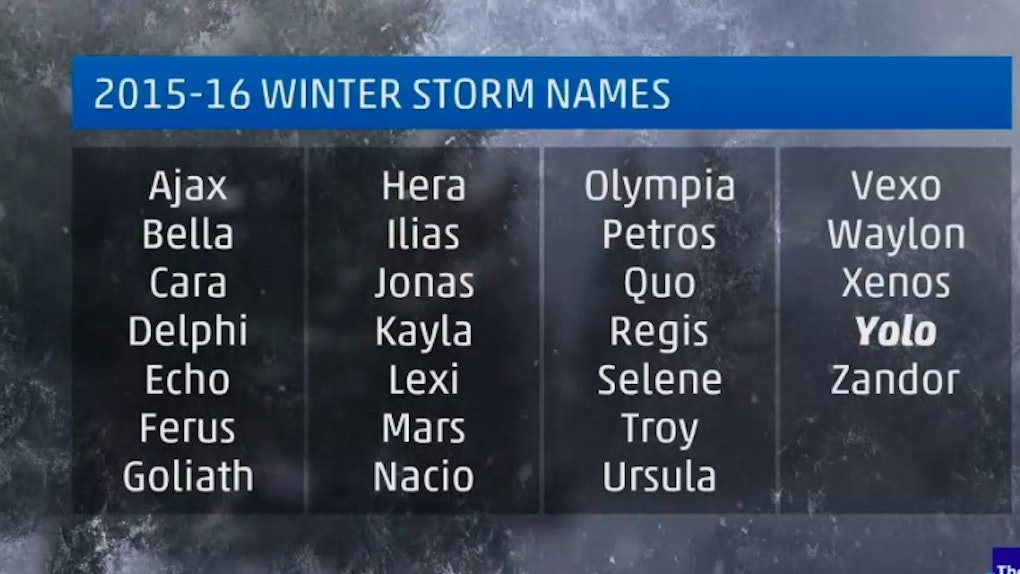 On Tuesday, The Weather Channel released a list of possible winter storm names in anticipation of the upcoming 2015-2016 blizzard season, and on that list is the “name” Yolo.

The list, which boasts 26 names in total (one for each letter of the alphabet), includes a slew of other strange storm monikers, such as Jonas, Ursula, Vexo and Zandor.

Why the weird names?

For one, they're social media-friendly: According to The Weather Channel's Bryan Norcross, all storm names must be short, pronounceable and easily hashtag-able, as social media is "the driving force behind naming."

There is a simpler reason, though: Whereas titles for other types of storms, such as hurricanes, are decided upon by national warning centers, winter storm names are largely localized, meaning there's no official nickname for the storms. As such, the networks with the best naming systems tend to score the best ratings.

The Weather Channel proved this theory a few years ago when ratings soared after the network's coverage of a Halloween storm it nicknamed “Snowtober.”

In short, the catchier the name, the more money the network makes. #YOLO