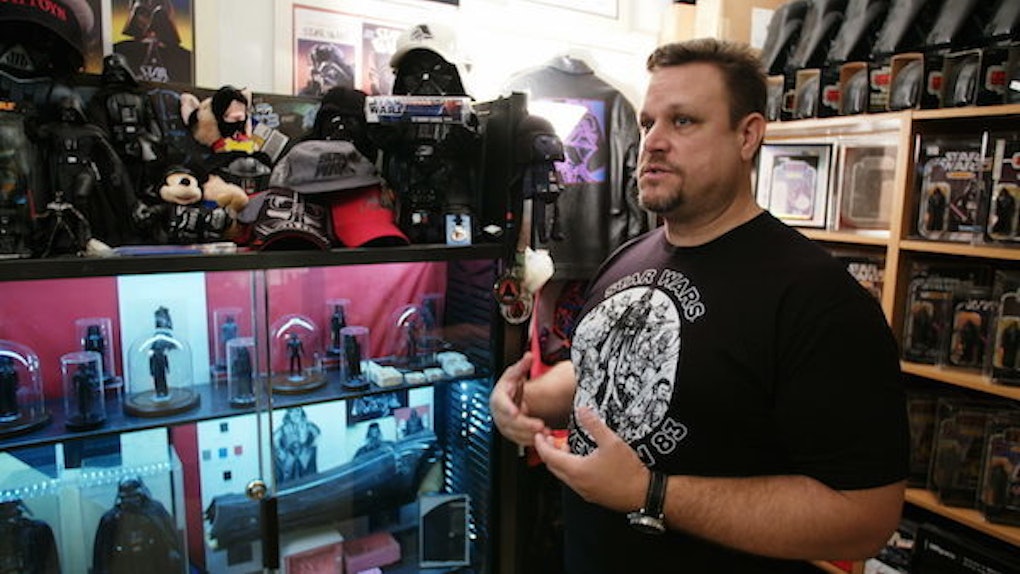 This fan is the biggest Darth Vader collector in the world. In fact, he's trying to have Guinness World Records certify his collection.

Bill McBride was hooked on Darth Vader from the first second he saw the character in “Star Wars” as a 6-year-old. In the time since, McBride amassed the unofficial largest collection of Vader memorabilia.

In preparation for hopeful certification, he filled multiple rooms in his Washington DC home and at least a dozen tables outside with his massive collection, and friends and fellow “Star Wars” super fans came to help him count every piece of it.

Check out this episode of the “In A Galaxy” series of "Star Wars" fan profiles, exclusively on the go90™ app, to see McBride's collection for yourself, hear what drew him to the ominous Darth Vader in the first place and, most importantly, find out if his collection is actually the biggest in the world.

For more episodes of the awesome series, make sure to download the go90™ app and tune in every Wednesday.