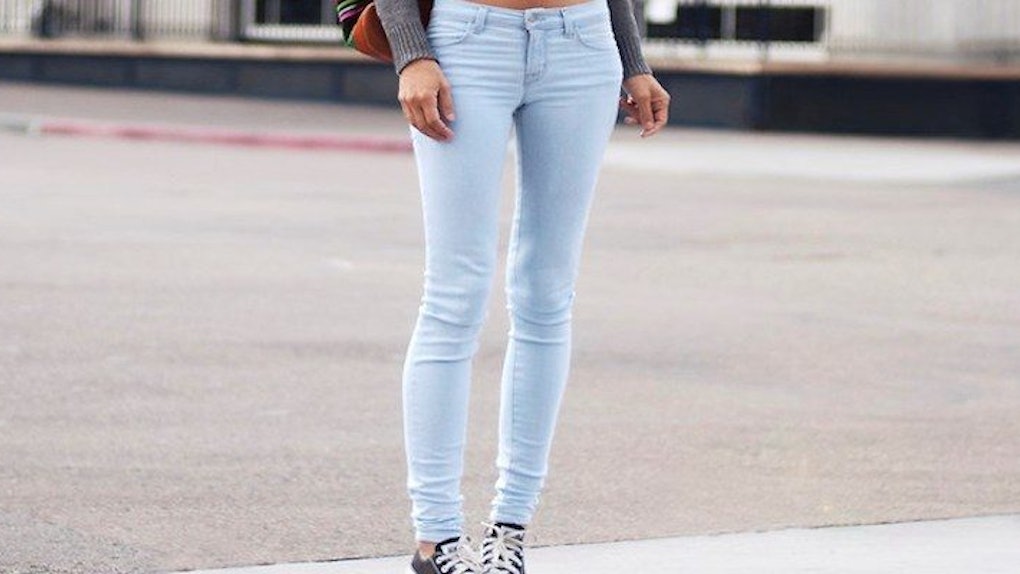 Woman Was Hospitalized Because Her Skinny Jeans Were Literally Too Tight

An Australian woman was hospitalized for several days because her skinny jeans cut off the blood supply to her legs.

According to the Sydney Morning Herald, the 35-year-old from Adelaide was wearing the pants while helping a family member move.

The woman reportedly remained in a squatting position for hours as she removed her relative's belongings from cupboards.

By the end of the day, her legs were in so much pain, she fell over as she was walking home.

The weakened limbs failed her as she tried to get up.

A consultant neurologist and associate professor at the University of Adelaide, Dr. Thomas Kimber, said,

As it was by this time dark and late in the day, no one noticed her fall and she was lying there for some time – several hours.

The woman was eventually able to crawl near the street and get a taxi to Royal Adelaide Hospital.

Staff members had to cut off her jeans because her swollen legs prevented them from being removed any other way.

Doctors determined by squatting in the skinny jeans, the woman prevented blood from flowing to her calf muscles and damaged two crucial nerves, ABC.net reports.

We were certainly surprised and shocked. It was a surprise to us that someone could get such severe nerve and muscle damage from the activity she described. The clothing she was wearing was the critical factor.

The woman was hospitalized for four days.

Her injury reportedly caused certain proteins to be released into her bloodstream, and an IV was needed to flush them out.

She left the hospital with some weakness in her ankle and foot, but she soon made a full recovery.

The take home message is to avoid wearing skinny jeans if you intend to do a job with squatting or kneeling. If your legs begin to feel uncomfortable or tingle, you should stand up and get the blood circulating again.

This case was originally documented in the Journal of Neurology, Neurosurgery & Psychiatry.