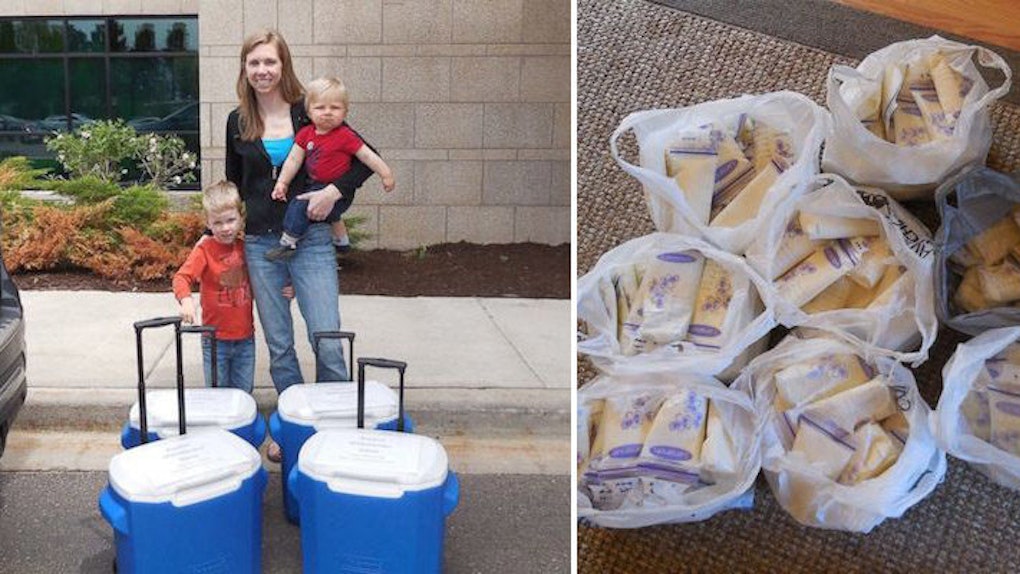 Breast milk, which contains special antibodies and proteins, is hugely important for a baby's development. Unfortunately, not all mothers are able to produce it, and formula just doesn't cut the mustard.

Amy Bormann saw a lot of cases like these while working in a neonatal intensive care unit (NICU). So after giving birth to her second child, Bormann decided to put her body to work and help other mothers and babies in need.

During Bormann's “breastfeeding journey,” the new mother donated an incredible 29 gallons of breast milk to the Aspirus Wausau Hospital's Milk Bank in Wisconsin.

Most mothers pump around eight to 10 times per day, getting a maximum of five ounces at a time. Compare that with Bormann's 3,702-ounce donation, and it's clear she spent a lot of time helping children in need.

The mother of two told ABC News donating was “an amazing experience,” and added,

It's such an easy process, and I would hope that if other moms had extra milk they would donate too. It's totally worth it to keep at it a little longer. Every little bit goes a long way.

Most hospitals have some sort of milk bank and, like blood banks, will always accept donations. If you're interested, learn more at the National Milk Bank.