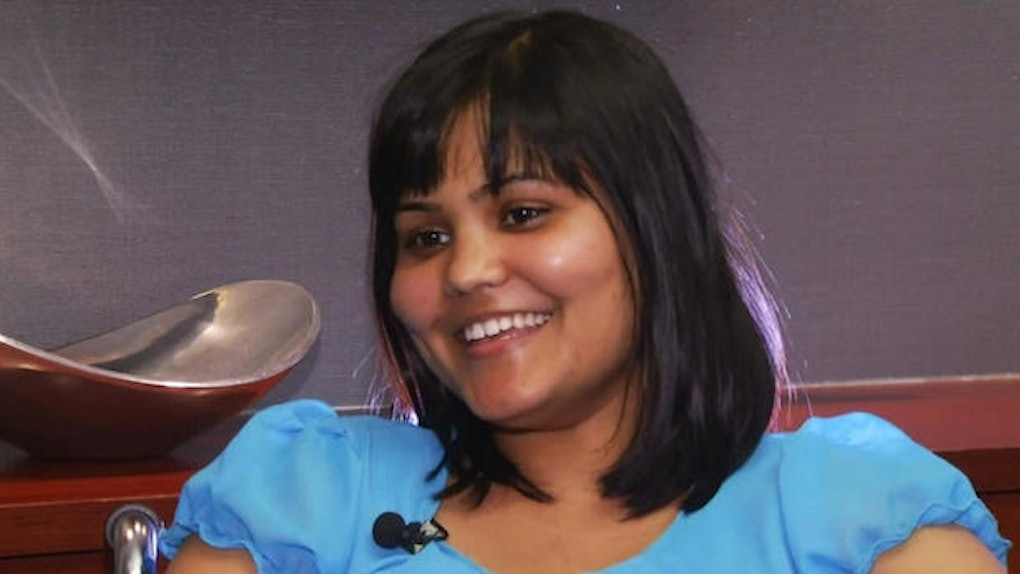 An Indiana woman went into surgery for a brain tumor only to discover the organ was housing the twin she never had.

It began in September 2014, when Yamini Karanam, 26, noticed she was experiencing difficulty understanding converging voices and written words, according to NBC Los Angeles.

Dr. Shahinian located the tumor in Karanam's brain, but when the procedure began, he soon realized he would be extracting a biological phenomenon that seemed like something straight out of a sci-fi movie.

Karanam's tumor was what is known as a teratoma.

Within her brain was a mass of bone, hair and teeth, which turned out to be the remains of a sibling who failed to develop in the womb.

The tumor was not cancerous, so it will take around three weeks until Karanam is back to perfect health.

She refers to the tumor as her "evil twin sister who's been torturing me for the past 26 years."

The Huffington Post recalls an even crazier teratoma story from 2009 involving a 30-year-old plumber from England.

Hyatt made a full recovery afterward and chose to maintain a relationship with his twin, whom he calls "little Gav," by storing him in a jar.