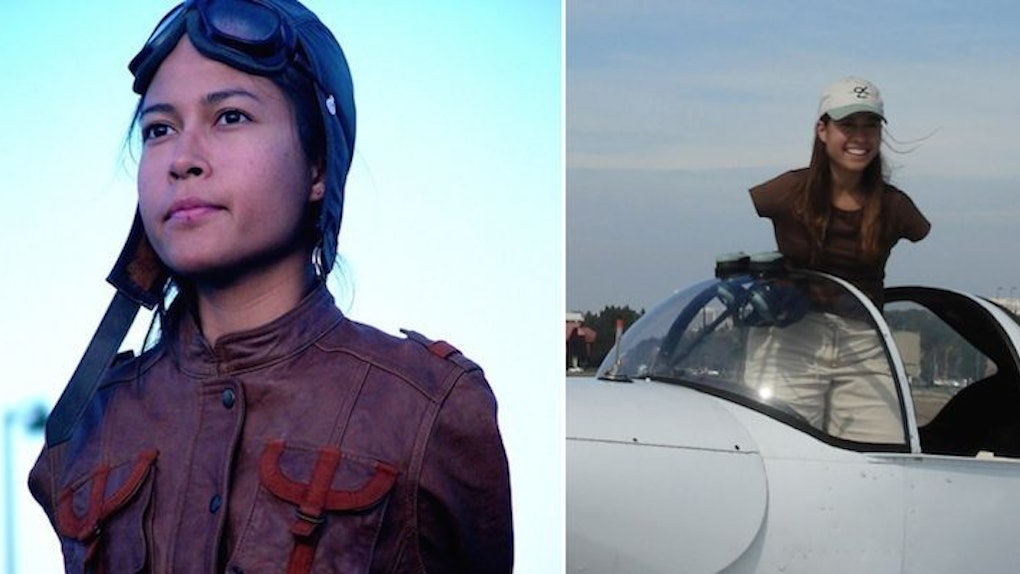 Jessica Cox was born without arms.

For most people, having a disability this severe would make leading a normal life exceedingly difficult.

But Cox was determined to be different.

After pushing herself to learn how to complete everyday tasks with her feet, Cox took it a step further, and in 2008, she learned how to fly.

It took three states, four airplanes, two flight instructors and a discouraging year to find the right aircraft: a 1946 415C Ercoupe Airplane. She received the Guinness World Record for being the first person certified to fly an airplane with only their feet.

Today, with a valid pilot's license and a black belt in Taekwondo under her belt, the 32-year-old travels the world as a motivational speaker, helping others overcome life's toughest roadblocks.

Head to Cox's YouTube channel to check out some of her most impressive accomplishments, and find more information about the endlessly inspiring woman here.

Getting a pilot's license was one of Cox's biggest accomplishments...

In fact, she can do pretty much anything a person with arms can.

Cox has an unrestricted Arizona license...

...and a passion for making a difference.

Doctors don't know why she was born without arms...

...but it hasn't slowed her down yet.