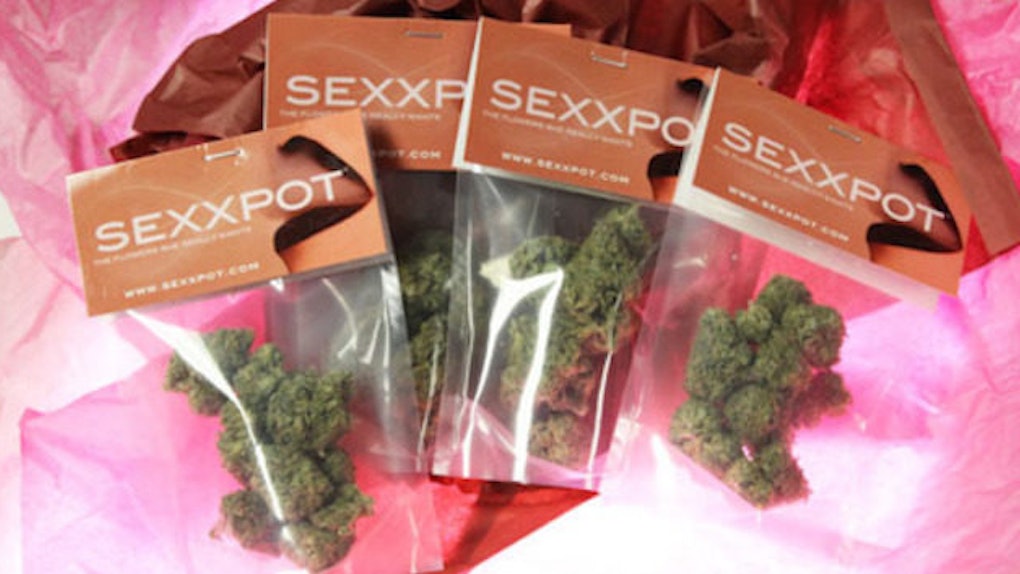 For many smokers, weed and sex go hand in hand.

In fact, the aphrodisiac quality of marijuana is well documented and has been for some time. In 1969, a man named Carl Sagan wrote of the herb's sex-enhancing properties in an essay for the 1971's "Marihuana Reconsidered."

Over 40 years later, growers mastered the art of engineering and are able to pinpoint certain qualities and tailor the high to fit a desired purpose.

Last year, Paradigm Medical Marijuana founder Karyn Wagner discovered one of these strains after smoking a joint before having sex with her partner.

She named the low-THC strain Sexxpot and began marketing it as the first strain designed specifically to enhance a woman's sexual pleasure.

In his essay, Sagan insisted any strain of cannabis can improve sex. He wrote,

[Marijuana] enhances the enjoyment of sex — on the one hand it gives an exquisite sensitivity, but on the other hand it postpones orgasm: in part by distracting me with the profusion of image passing before my eyes. The actual duration of orgasm seems to lengthen greatly, but this may be the usual experience of time expansion which comes with cannabis smoking.

But Wagner's strain is special: With just 14 percent THC, compared to the usual 18 to 20, the marijuana allegedly allows the user to enter a “sensual” headspace without the distraction of a psychedelic high.

Sexxpot benefits women specifically because of this lower THC level. As Eloise Theisen, a nurse who serves on the American Cannabis Nurses Association board, explains, women generally need less of the compound than men do to feel its effects.

As such, several women confirmed Sexxpot is a “game changer,” especially because it's designed by women, for women.

By creating a strain specifically for female use, Wagner has the potential to change the market and revolutionize the way women perceive and use marijuana.