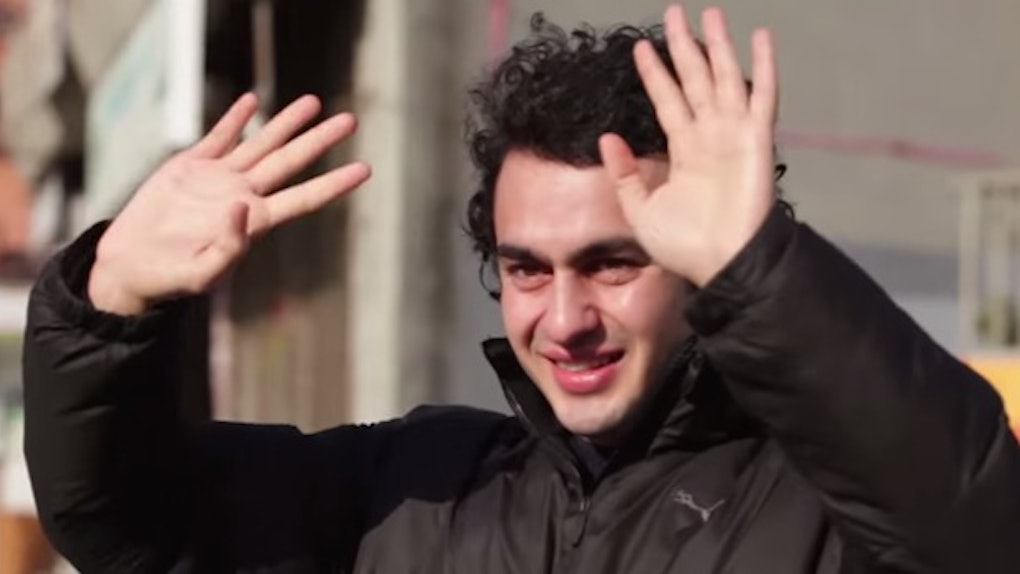 On a day like any other, a hearing-impaired man could suddenly communicate with all of Istanbul.

As part of a campaign for Samsung Turkey's video calling initiative, which enables easier communication for deaf people, the company rigged up an elaborate surprise for an Istanbul resident named Muharrem.

Suddenly, he was greeted on the street in sign language by people he'd never before met.

PC Magazine reports it took a full month to plan the entire event, from teaching locals sign language to rigging up cameras.

All that work was worthwhile when Muharrem, overwhelmed with emotions, began to tear up.

In that day, he was given the gift of community.