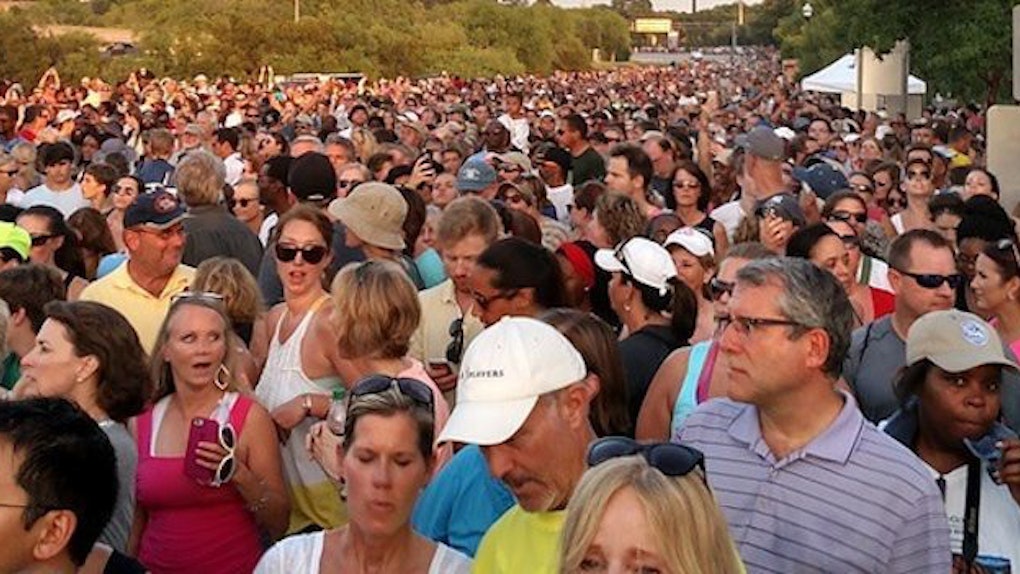 Thousands of residents from the Charleston area reportedly gathered on the Arthur Ravenel Jr. Bridge on Sunday to create a triumphant symbol of peace as a tribute to the nine people killed in last week's shooting.

According to Mashable, people of all ages and races joined hands, embraced and even sang. They formed what was called a "Unity Chain" on the 2.5-mile-long bridge that connects Charleston and Mount Pleasant.

In the early evening, a nine-minute moment of silence was held on the Mount Pleasant side of the bridge to honor each victim.

But, love and equality were the paramount messages of the event, and an estimated 15,000 to 20,000 people participated.

One of the participants was Stephen Colbert, a South Carolina native. He tweeted this video of the event's gorgeous backdrop.