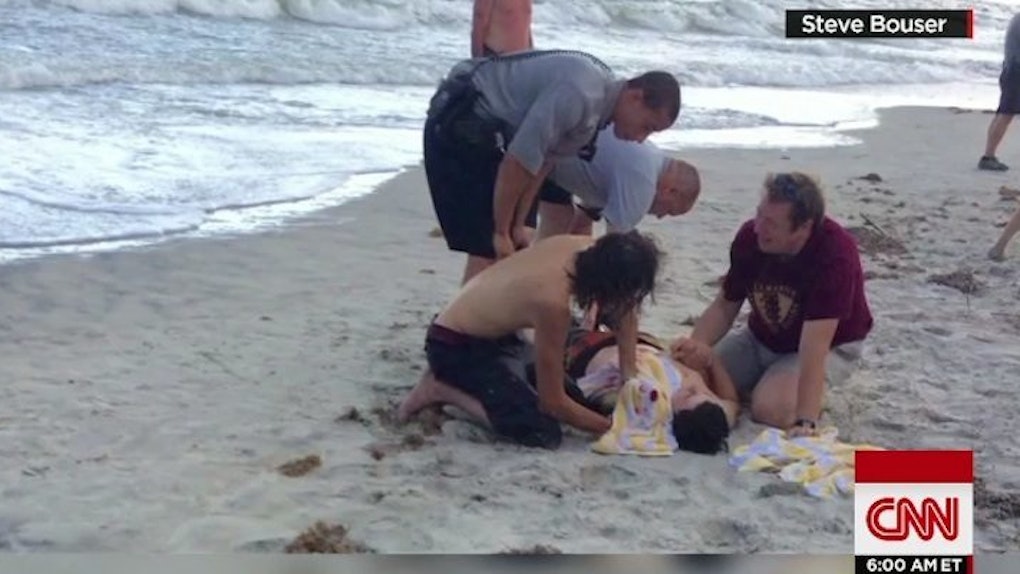 A 13-year-old girl and a 16-year-old boy were attacked swimming in Oak Island, North Carolina.

According to CNN, the girl was bitten at around 4:15 pm, with the second attack taking place less than an hour and a half later.

The two victims were sent to New Hanover Regional Medical Center in Wilmington and had part of their arms amputated.

The boy's limb was taken off below the shoulder, while the girl lost her forearm and suffered critical damage to tissue in one of her legs.

The boy was bitten about two miles away from the site of the first attack.

Common sense would tell you it was the same shark.

The victims were last reported to be in fair condition.

Ocean Crest Pier is a popular location for fishing, suggesting the shark may have been drawn to the swimmers by nearby bait.

The director of the Florida Program for Shark Research at the University of Florida's Florida Museum of Natural History, George Burgess, said the most frequently seen sharks in the area are the blacktip and spinner species, measuring about 6 to 7 feet in length.

Wallace claims shark attacks are incredibly rare in Oak Island, but another 13-year-old girl was bitten by a shark at the same beach just last Thursday.

She sustained minor lacerations to her foot.

Oak Island is still a safe place. This is highly unusual.

The County Sheriff's Department will be surveying the waters for shark activity by helicopter.