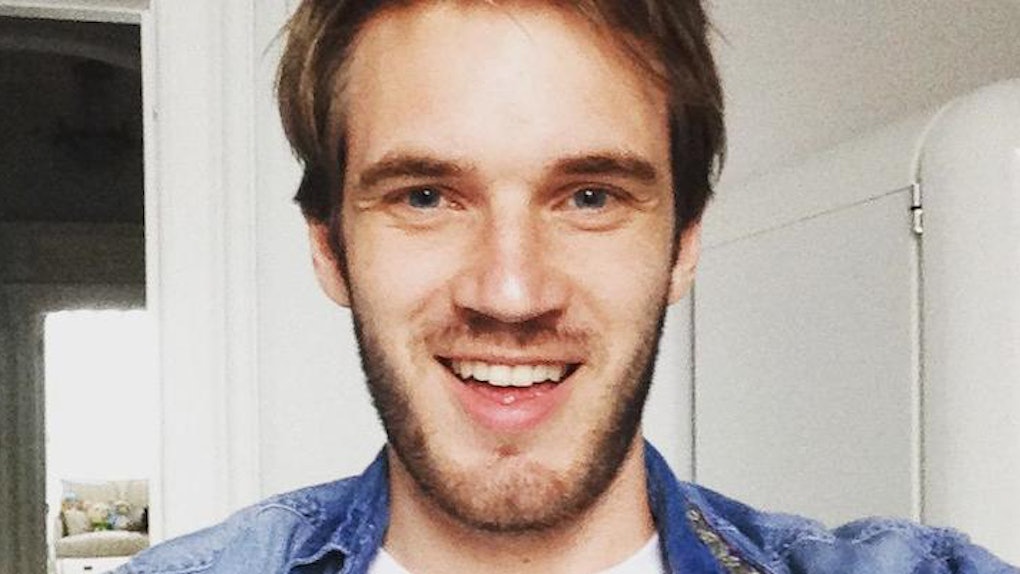 One Swedish YouTuber Brought In $7.4 Million From Playing Video Games

The Internet has, without a doubt, created amazing opportunities by democratizing content distribution.

YouTube, in particular, has allowed people to put almost anything online, and for a select few, that can end up being pretty lucrative.

For example, Swedish YouTuber Felix Kjellberg, who runs the channel PewDiePie, made $7.4 million last year by playing video games, according to Fusion.

More specifically, the 25-year-old gained a following of more than 37 million YouTube subscribers, known as the “bro army,” by streaming videos of himself playing a wide range of video games.

Kjellberg started his channel in 2010, and in 2013, he was mentioned in a New York Times article about YouTube superstars.

The article described him as,

...a 23-year-old Swedish video gamer who records himself reacting -- often in horror, sometimes with tears -- to various games.

In addition to gaining recognition from The New York Times, PewDiePie was also written about in The Atlantic in a piece that discussed what the article referred to as the “Let's Play” phenomenon.

PewDiePie is a Let's Player, one of hundreds of gamers who post 'Let's Plays' online (as in 'Let's Play Super Mario Bros.' or 'Let's Play Grand Theft Auto'), videos that are part 'Mystery Science Theater,' part Siskel and Ebert reviews. As a Let's Player navigates a game, he (or more rarely, she) provides running commentary, usually funny and profane.

The feature also mentioned gamers receive large portions of their revenue from Google AdSense, and like Kjellberg, some of these YouTubers also make money from selling merchandise.

Even though he told ICON magazine he's “extremely tired of talking about how much [he makes],” getting paid that much for doing what he loves must be pretty amazing.