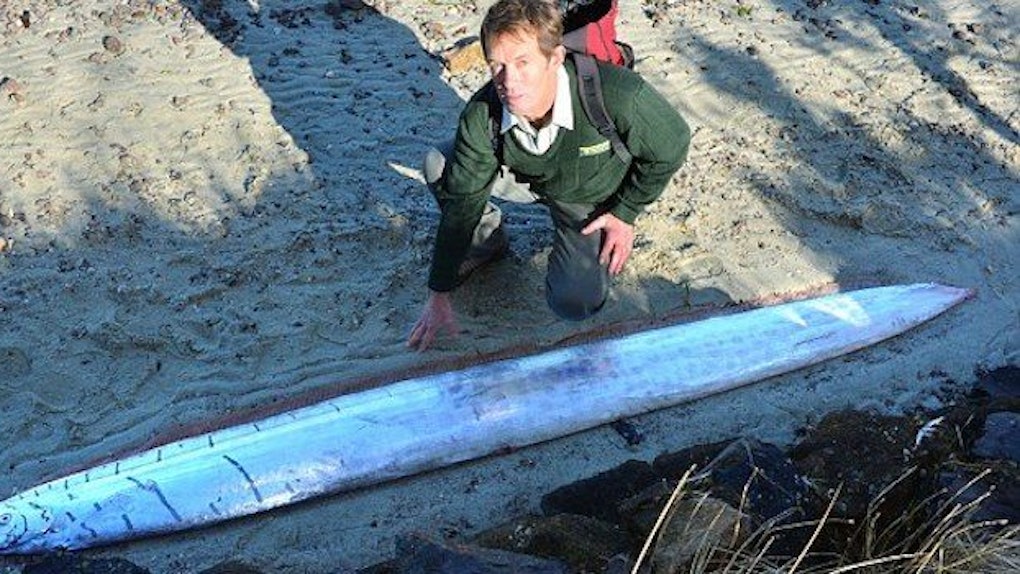 Earlier this week, one of those rarely seen deep sea-lurking creatures washed ashore on a salt marsh in New Zealand's Otago Harbour.

The fish -- a deep sea oarfish -- measured nearly 10 feet long and surprised researchers, who insist the deep sea dwellers are rarely seen out of the water if at all.

David Agnew, who works for the nation's Department of Environmental Conservation, said,

It was unlike anything I had ever seen. It must had just washed up, and it was very fresh. It's a very weird looking creature. Instead of scales it has this smooth skin like tinfoil, and if you rubbed it the silver would come onto your hand.

According to researchers, the elusive fish is known to partially amputate its own tail by biting it off. Scientists say they do not know why the oarfish self-mutilates but believe it is most likely a defense mechanism.

The Otago Museum is currently testing tissue samples in an effort to determine the creature's cause of death.

Check out some pictures of the spooky swimmer below.

The oarfish lives hundreds of feet below the ocean's surface.

This guy was almost 10 feet long.

The oarfish is known for eating its own tail.

Citations: Sea creature washes up on the otago harbor that bites off its own tail (Daily Mail ), How much of the ocean have we explored? (NOAA)