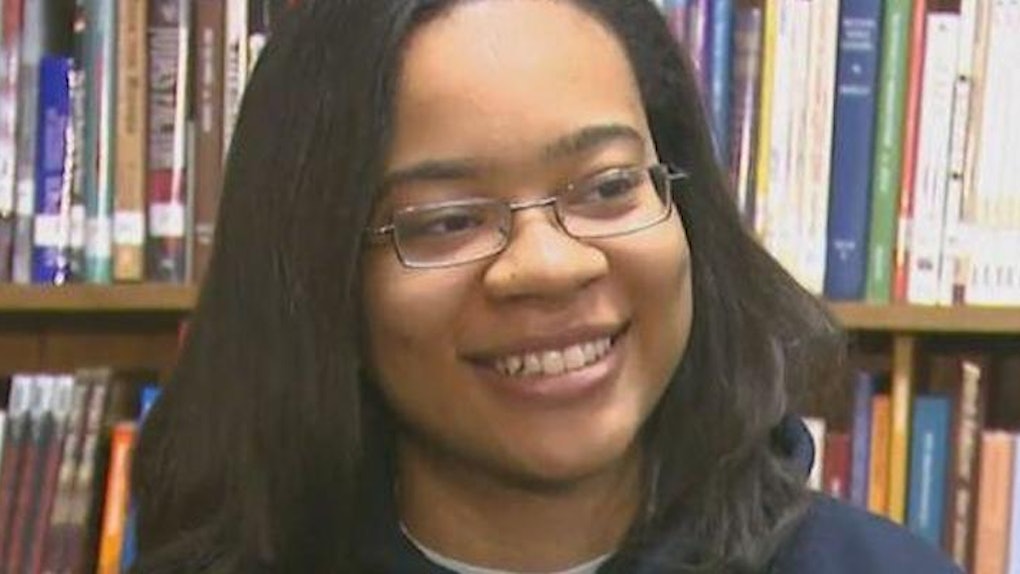 Girl With 5.1 GPA Receives $3 Million In Scholarships From 26 Schools

A Chicago teenager will go to the college of her choice after receiving millions in scholarship funds.

Arianna Alexander probably didn't have to worry about competing for high school valedictorian with her 5.1 GPA, ABC-7 reports.

The Kenwood Academy graduate from Hyde Park credits her success to a simple mantra: Work hard and don't give up.

My wife and I have always stressed to her, if you do your best, you will be the best. So we try to make sure she lives up to that.

Arianna was reportedly accepted to 20 universities, eight of which are Ivy League schools, according to CBS Chicago.

She's also been offered numerous scholarships with a combined value of over $3 million.

That may very well be a record for the most scholarship funds attained by a single student.

Pierre's confidence in his daughter received a huge boost a few years ago when he saw another Kenwood graduate earn more than $1 million in scholarships.

I planted the seed in Arianna's mind that you can do the same thing. So when the process got started and a million was achieved, let's go for two. I said let's go for three and she did it.

Arianna, who is the youngest of four siblings, plans to study business and eventually open up a string of restaurants.

One of her teachers, Paul Brush, knew which college would suit her best.

He said, 'Do you know about the Wharton School of Business?' I said, 'I have no idea what you're talking about.'

She took his advice and will be attending the University of Pennsylvania's prestigious institution.

Brush believes his star pupil will become even more ambitious after college.

We expect bigger and better things for her.

Arianna is reported to have already gotten started on the menus for her future establishments.