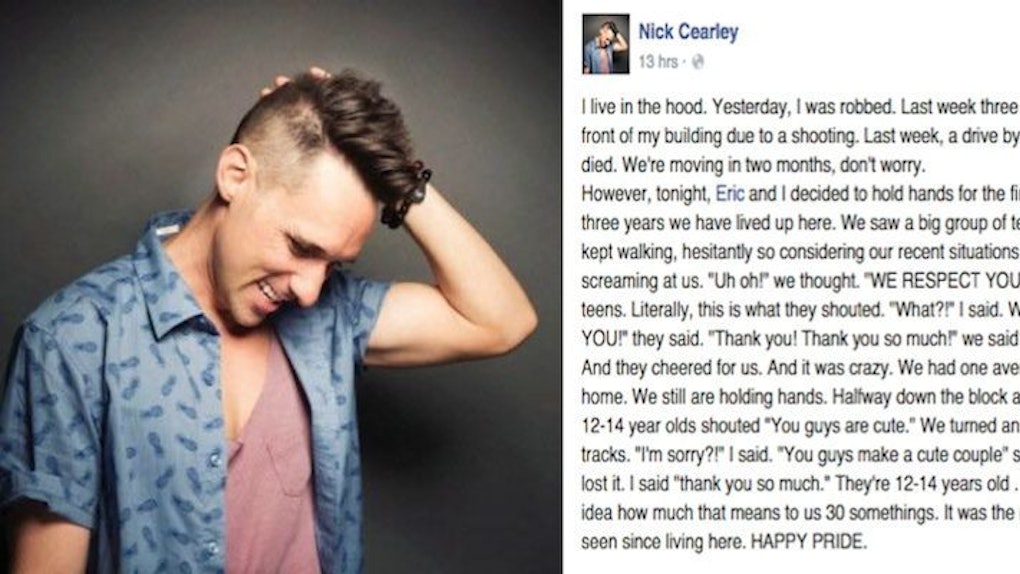 Love is stronger than hate, and here is proof.

Yesterday, Nick Cearley, an actor currently portraying Puck in Shakespeare's "A Midsummer Night's Dream" in New York City, posted a story to Facebook about a touching moment he encountered while walking home with his husband, Eric.

The two live in a dangerous part of New York: In the past week alone, more than three people were shot and killed on their block.

But last night, Cearley recalls, he and Eric decided to hold hands while walking home — for the first time since they moved to the neighborhood.

The response, he said, was unexpectedly wonderful. Cearley wrote,

I live in the hood. Yesterday, I was robbed. Last week three people died in front of my building due to a shooting. Last... Posted by Nick Cearley on Sunday, June 28, 2015

I think it just goes to show love really wins! I am shocked people [were] so affected by our short walk home… I called my dad as soon as I got home because I was so moved. It just proves that love truly is much stronger than hate.