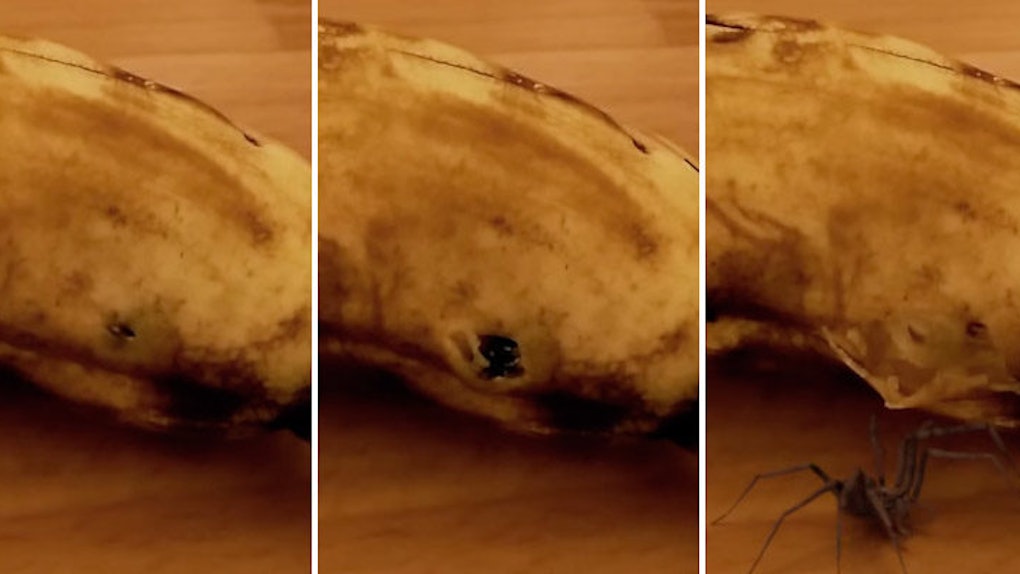 NOPE: This Spider Breaking Out Of A Banana Will Give You Nightmares (Video)

You'll probably think twice about buying overly ripe fruits after watching what is easily one of the most horrifying videos to surface in my recent memory.

YouTube user Mngzkhuel uploaded footage on Friday of a spider bursting out of a seemingly unopened banana.

At about 17 seconds in, a spot near the stem starts to pulsate.

A hole is formed 20 seconds later.

The creature doesn't reveal itself until one minute and 12 seconds in, but it's uglier than you could ever imagine.

Several YouTube users claim the video is fake, believing Mngzkhuel placed the spider inside and waited for it to come out