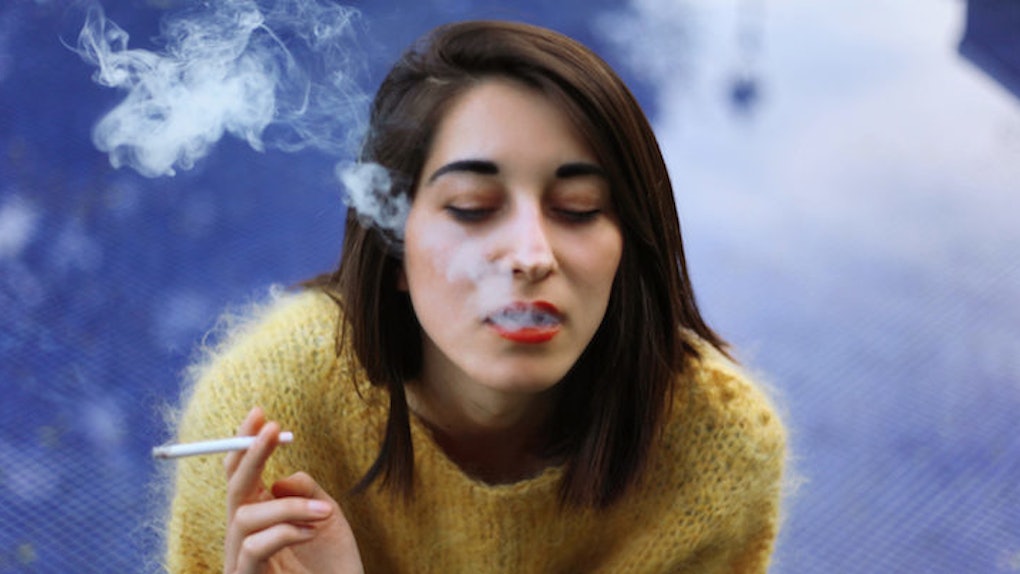 If you're a lady and you smoke weed, you're going to want to read this.

According to reports, your mouth isn't the only thing drying out after lighting up: Smoking weed may actually dry out your vagina, too.

So much for stoner sex.

While it's discussed openly online, there aren't many studies on the phenomenon -- most likely because weed is still categorized as a Schedule I drug.

Dr. Julie Holland, author of “Moody Bitches: The Truth About The Drugs You're Taking, The Sleep You're Missing, The Sex You're Not Having, and What's Really Making You Crazy,” is one of the few to spend a significant amount of time researching marijuana's effects on sexual health.

She recently sat down with VICE to discuss exactly why “cotton vagina,” as Urban Dictionary calls it, happens and, more importantly, how to avoid it.

Holland explains vaginal dryness is a side effect, “exactly like dry mouth… It's the drying of the mucus membranes.”

If you have had a strain that is giving you dry mouth, it will also make you more dry [down there].

She hypothesizes strains higher in THC will have more of a drying effect than strains higher in CBD. But she adds that external forces (such as birth control, which notoriously dries out the vagina) can exacerbate the problem.

It's variable, and it's personal. Each person responds differently to pot and each strain acts differently.

Females who light up can try coconut oil as lube, which Holland says is “excellent,” but mostly, she suggests, “experiment[ing] a bit to find what works for you.”

That could mean smoking only one type of weed before sex, or not smoking at all -- it varies for everybody.

Check out her entire interview here.

Citations: Smoking Weed Might Be Drying Up Your Vagina (VICE)