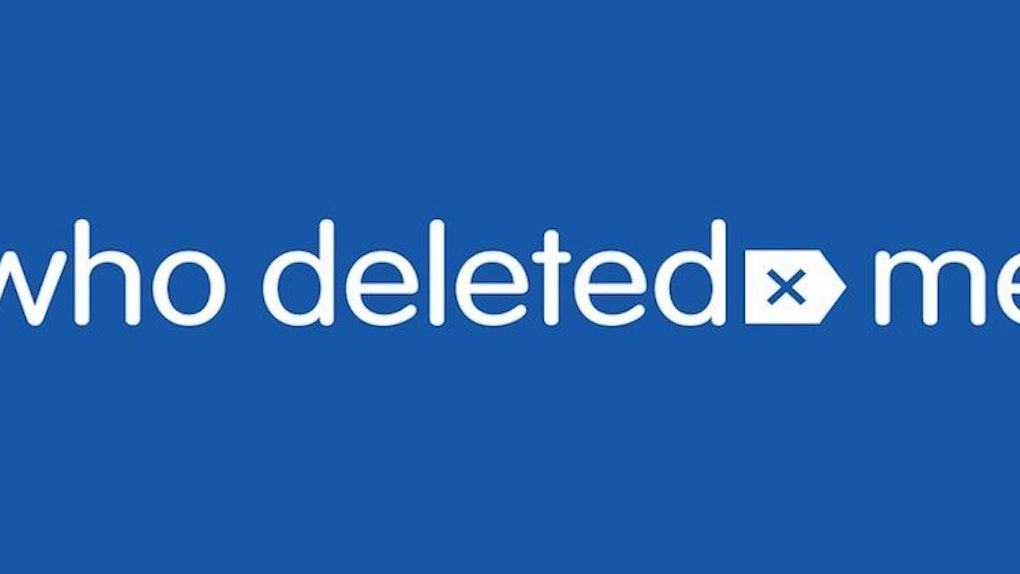 If you had the ability to find out if someone no longer considered you a friend, would you?

An app called Who Deleted Me is giving Facebook users the ability to see if their friends unfriended them online or just deleted their Facebook accounts.

Around 500,000 people have signed up on the app to see who shunned their online personas, and 330,000 of those users joined in the past month alone.

Though the app only launched a few weeks ago, an extension of Who Deleted Me has actually been available since 2009.

Aside from minor server issues due to the substantial growth over the past month, the only real downside of Who Deleted Me seems to be you can't retroactively see who unfriended you.

The app only keeps track of your friend list once you've downloaded it.

One other feature on that app is you can see the last time one of your friends logged in... We'll leave that up to you to decide if that crosses the “creepy” Mendoza Line.

In the era of being super paranoid over our Facebook lives, Who Deleted Me is giving us some weird peace of mind by alerting us to the people who no longer think we deserve space on their newsfeeds.

Citations: This Is How To See Who Unfriended You On Facebook (BuzzFeed)