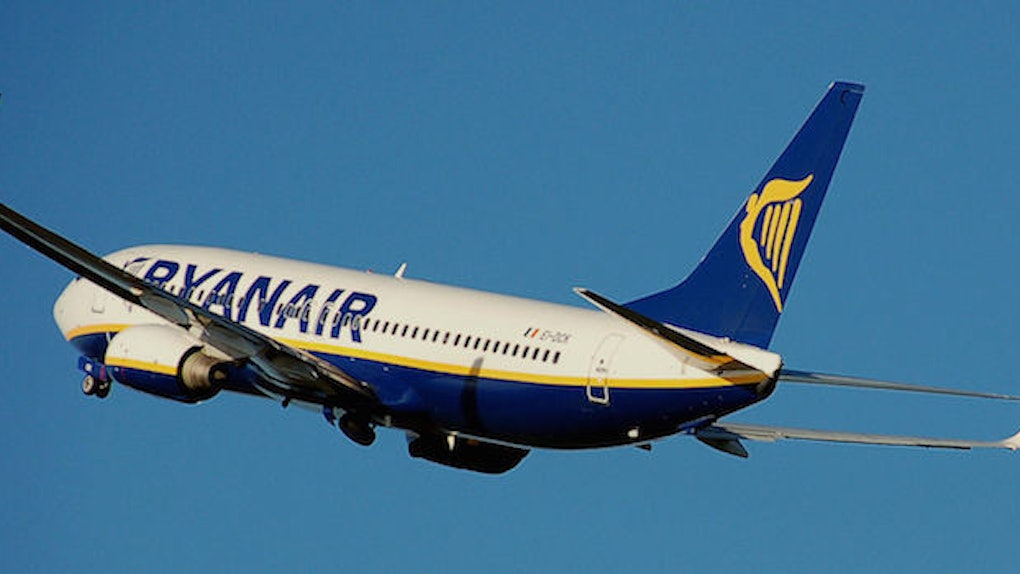 An Irish airline is planning to take you to some of Europe's greatest cities for the price of a hardcover book.

According to the Guardian, Ryanair has revealed an initiative that will shuttle passengers between 14 US locations and the same amount of European locations, beginning at some point in the next four or five years.

The cheapest one-way trips will cost the equivalent of $21.

The program's launch date is based on the estimated time it will take for Ryanair to purchase aircrafts capable of trips lasting over six hours, or long-haul flights.

The company said in a statement,

European consumers want lower-cost travel to the USA and the same for Americans coming to Europe. We see it as a logical development in the European market.

Numerous other airlines have offered cheap transatlantic flights, but they all eventually went broke.

But Kenny Jacobs, who is Ryanair's marketing chief, believes his airline won't face these problems because its name attracts so many more travelers than its competitors.

The effort is extremely bold considering the majority of transatlantic flights are handled by industry titans like British Airways, American Airlines and Virgin Atlantic, all of which have become very rich by taking ownership of such routes.

Ryanair's confidence may be a result of the increased profits it has experienced in becoming more customer-friendly, the Guardian reports.

These changes include upping the limits for carry-on luggage, offering reserved seating and introducing a business class, which is fairly similar to first class.

Citations: Ryanair plans to offer flights between Europe and the US (The Guardian)