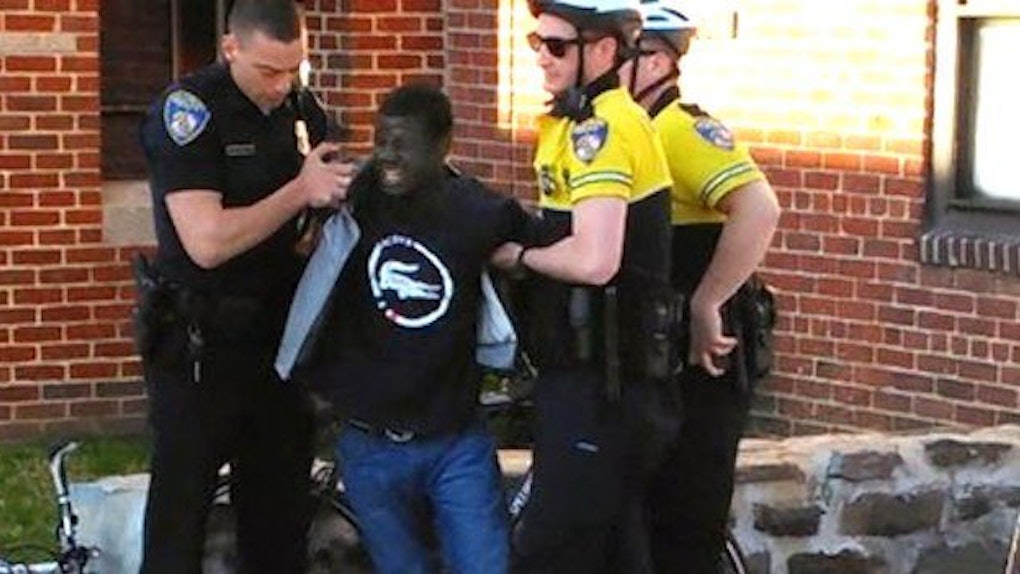 The two prisoners were separated by a metal divider in the vehicle and could not see one another, according to The Washington Post.

But the inmate informed investigators he could hear Gray "banging against the walls," giving him the impression he "was intentionally trying to injure himself."

Officials aren't sure if Gray suffered the spinal injury inside the van or during the arrest, but he was found unconscious when the van pulled into the police station.

The Baltimore native was pronounced dead at the hospital a week later.

The police report claims the officers used no force when they arrested Gray for a weapons charge on April 12 after chasing him through an apartment complex.

Video footage, however, shows two officers sitting on top of Gray's back and digging their knees into him before dragging him toward the van.

It isn't clear what happened inside the van, but Baltimore Police Commissioner Anthony W. Batts said Gray was not wearing a seat belt, even though a new policy mandating seat belt recently went into effect.

Gray also brought up about his health numerous times throughout the 30-minute ride.

The van made three stops. During the first, officers put Gray's legs in cuffs.

Another stop was made five minutes later so an officer could check on Gray. Gray was found on the floor of the van, pleading for medical assistance.

The last stop was to put the other prisoner into the vehicle.

Gray's death is currently being investigated by Baltimore police officers. They'll deliver their findings to the Baltimore state's attorney's office in the coming days.

A decision will then be made regarding the potential indictment of the officers involved.

Since the incident, the police department suspended six officers.

Citations: Prisoner in van said Freddie Gray was trying to injure himself (The Washington Post)