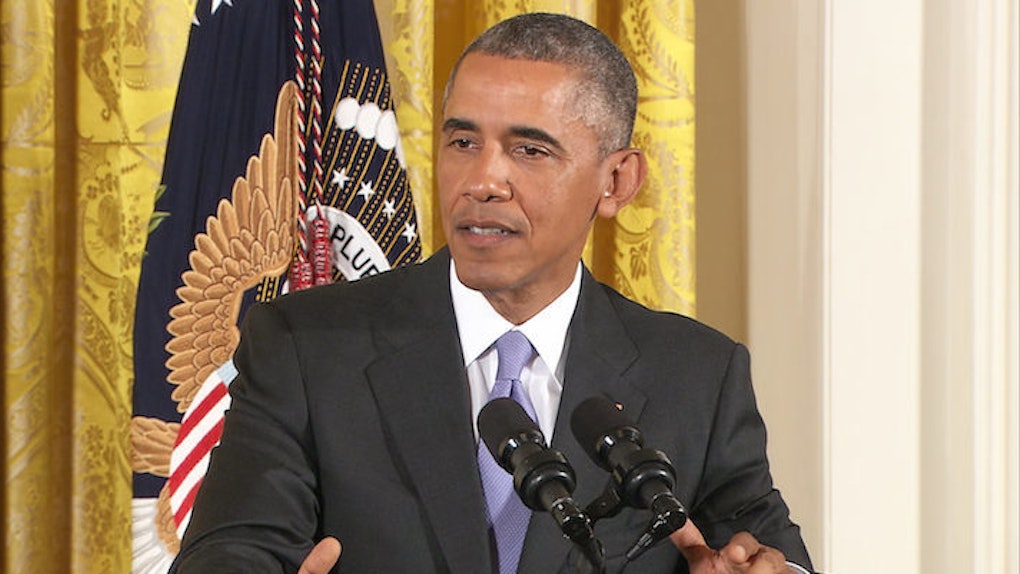 On Wednesday, President Obama was asked if Bill Cosby's Medal of Freedom would be taken back in light of recent rape accusations brought up against the comic.

The president said he couldn't take the medal away because there "is no precedent for revoking a medal," and he wouldn't talk about the legal issues surrounding the case.

That didn't stop him from adding his own personal opinion on the matter, stating,

If you give a woman or a man without his or her knowledge a drug and then have sex with that person without consent that's rape. And I think this country and any civilized country should have no tolerance for rape.

Last week, unsealed documents from a 2005 deposition revealed Cosby admitted to drugging a woman before engaging in sexual conduct with her.

Citations: Obama on Bill Cosby Allegations If You Drug a Woman and Have Sex With Them Its Rape (Mother Jones)