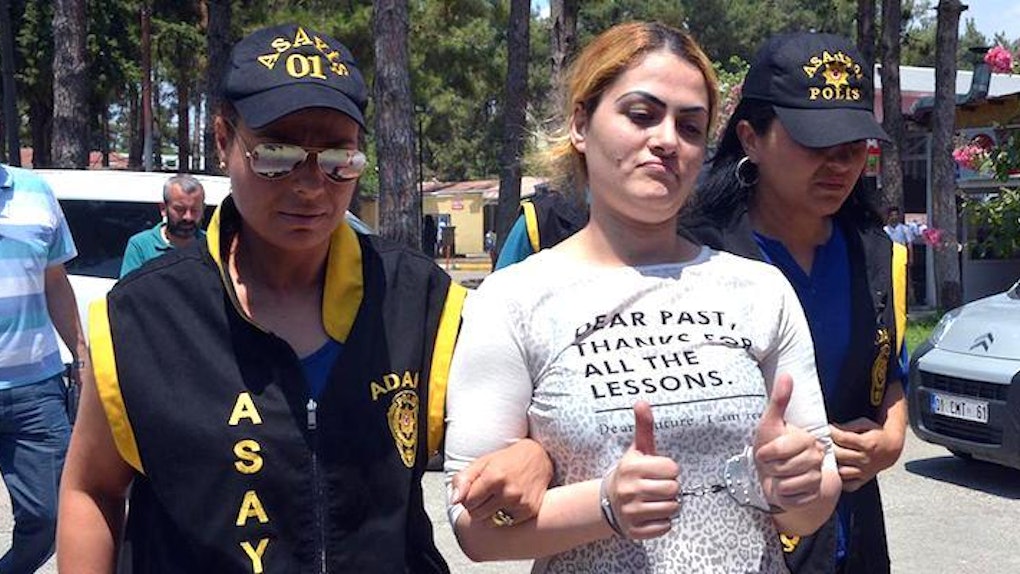 This Woman Is Being Praised For Reportedly Killing Her Abusive Husband

A Turkish woman has become an international hero for allegedly murdering her abusive husband.

The Hurriyet Daily News reports Çilem Doğan, 28, lived in Adana, Turkey with 33-year-old Hasan Karabulut and the daughter they shared.

Doğan told police earlier this month Karabulut came home and told her to pack her bags because they would be moving to a new city where she would work as a prostitute.

When I opposed, he beat me. He pushed me on the bed and the pistol under the pillow came into my mind. I grabbed it and shot him repeatedly. Then I took my daughter and left the home.

Karabulut was found dead in the home on July 8 after being shot six times.

Doğan admitted to the crime the next day and has supposedly been charged with murder under heavy duress.

Will women always die? Let some men die too. I killed him for my honor.

According to BuzzFeed, Doğan said Karabulut began abusing her just weeks after they married and had attempted to force her into prostitution several times.

He repeatedly became violent, and at one point he held her prisoner, but Doğan stayed with Karabulut after becoming pregnant.

She said he beat her throughout the pregnancy as well as when she was having their daughter in the hospital.

Karabulut told Doğan he would harm her family when she filed for divorce, so the effort was abandoned.

Doğan since earned widespread praise on social media, where the general consensus seems to be the murder was justified.

Not that I condone murder, but this woman stood up for herself. My new hero #CilemDoğan @lalodagach https://t.co/HN0eA1zBPx — El Jefe (@CaptBuzzkill3) July 12, 2015

Many are campaigning for Doğan to go free:

He was going to force her into prostitution. Freedom for #CilemDoğan. She defended herself against atrocity. @ArtOfDissent — ♀ Sister Trinity ♀ (@SisterTrinity) July 12, 2015

She is even being hailed as a symbol for feminism:

BuzzFeed cites a report from Al Jazeera saying roughly 40 percent of women are victims of abuse in the conservative, predominantly Muslim nation.

Citations: Turkish woman who killed husband has no regret (The Hurriyet Daily News ), This Woman Has Become A Social Media Icon After Allegedly Killing Her Abusive Husband (BuzzFeed)