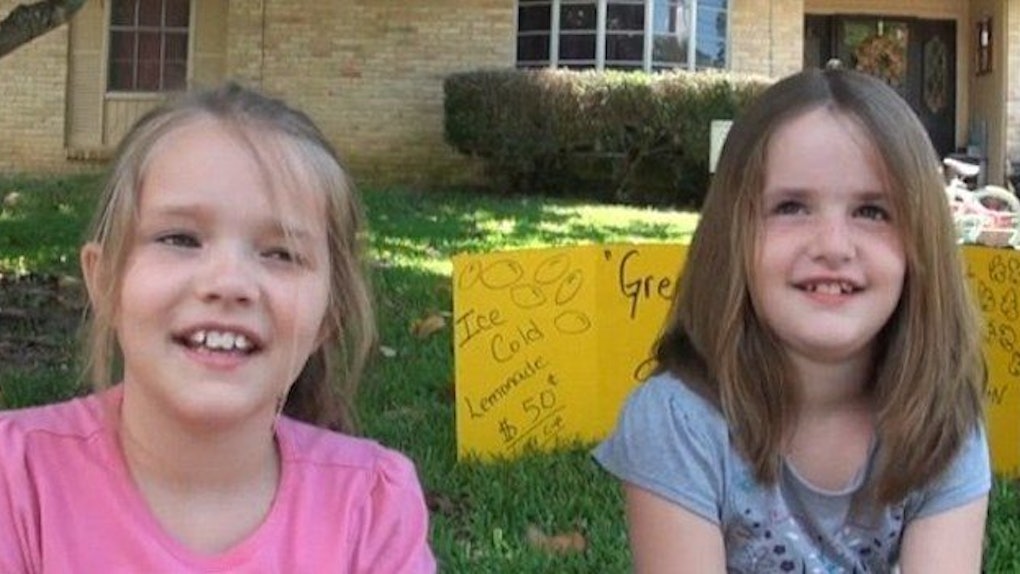 A lemonade stand run by two sisters was forced to close on Monday because they unknowingly violated city law.

Daily Mail reports Zoey and Andria Green, aged 7 and 8, were selling lemonade for 50 cents and popcorn for $1 in front of their Overton, Texas home on Monday.

The two wanted to raise money to go to a water park for Father's Day.

Their father works in the oil field and is gone a lot, so this is something they wanted to do for him. Something special. They both wanted to do this on their own, and they are both little entrepreneurs.

The girls had made $27 when Chief of Police Clyde Carter showed up to tell them they would have to close up shop.

Yeah we were a little upset. We wanted to make the money to take our dad to Splash Kingdom for Father's Day.

An appalled neighbor, Charlie Perkins, went to the city offices to buy a $150 peddler's permit, but he was informed the girls would need a permit from the health department as well.

Chief Carter said the lemonade stand could operate if the girls simply gave away free drinks and were paid only in donations.

The sisters will open up the stand once again this Saturday.

But that might not be necessary as KYTX reports two local radio stations recently donated water park tickets to the girls.