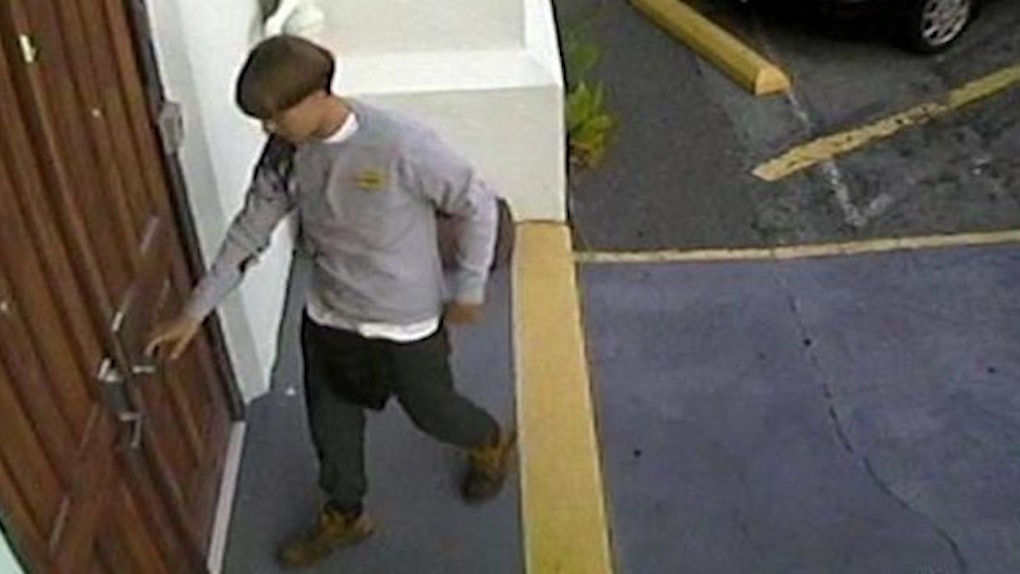 The suspect, who is still at large, arrived at Emanuel African Methodist Episcopal Church at about 9 pm, and appears to have shot 10 people before fleeing in a black sedan, according to the Huffington Post.

A weekly bible study meeting was being held at the time.

Eight people were found dead and another died at the hospital.

One other person was taken to the hospital, but his or her condition remains unknown.

Six of the victims are women and three are men, including South Carolina State Senator Clementa Pinckney, who also served as the church's pastor.

Photos of the suspect and his car were released earlier today:

The shooting is currently being investigated as a hate crime by the Department of Justice, FBI and US Attorney's Office.

Widely known as "Mother Emanuel," Emanual AME Church is hundreds of years old and is one of the largest black churches south of Baltimore.