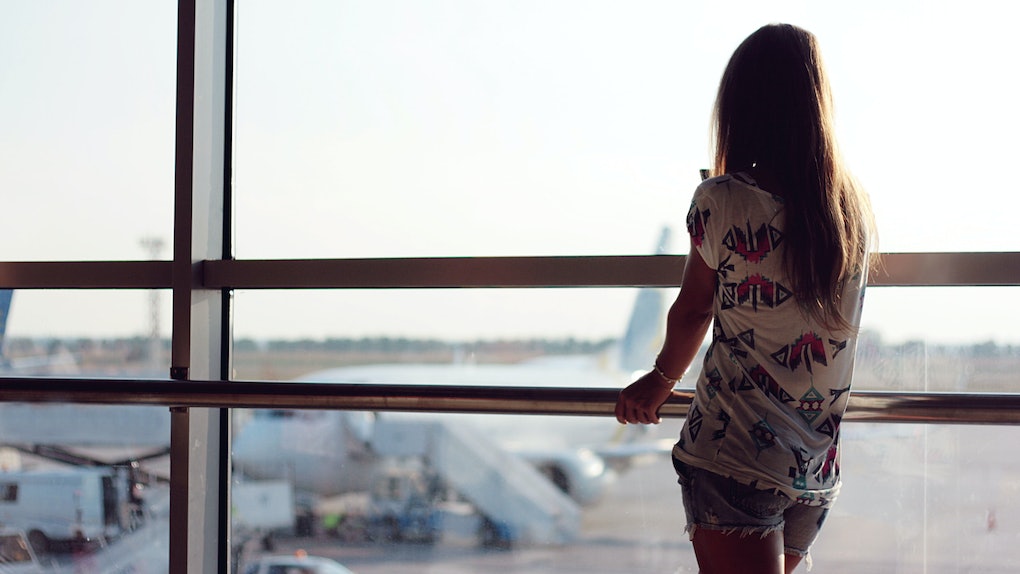 The Odds Of A Plane Crash Are One In 11 Million, Yet You're Still Afraid

Are you flying somewhere today? Feeling somewhat nervous about it?

You have absolutely no reason to be worried; probability is on your side. Grab some peanuts, put your headphones in, sit back, and relax, because the odds of a plane crash are very much in your favor.

The airplane has revolutionized our existence. It has cut journeys that used to take weeks and months into just a few hours. It's also extremely safe, but people continue to fear it Nevertheless, the likelihood of dying in a plane crash (or even being in one) is so slim it's almost pointless to quantify. According to 2015 statistics from The Economist, the probability of your plane going down is around one in 5.4 million. Other reports have even better odds — David Ropeik, an Instructor in Risk Communication at the Harvard School of Public Health, found in 2006 that the annual risk of dying in a plane crash was one in 11 million. More recent numbers from the probability-calculating app Am I Going Down?, as reported by Newsweek in April 2018, give you odds as good as 20 million to one that you’ll make it safely from point A to point B. Really, it looks like the one in 5 million odds are the high end of the probability scale, which is pretty reassuring. The only thing you’ll have to stress about is your luggage limit.

To put this into perspective, you are far more likely to be struck by lightning (one in 1.2 million, per the National Weather Service) or attacked and killed by a shark (one in 3.7 million, according to the Florida Museum's International Shark Attack File) than you are to die in a plane crash. And there are even more common things that kill decidedly more frequently, including the flu, which kills 55,000 Americans annually, according to the Centers for Disease Control and Prevention (CDC). Even traveling by car is 100 times more deadly than hopping on a plane. Perhaps this helps explain why we become so captivated by plane crashes when they do occur; they're just so incredibly rare.

It makes sense that people are worried, given that in the (rare) case that a plane does crash, it makes international news. In March 2015, Germanwings Flight 9525 crashed, killing everyone on board: 144 passengers and six crew members. Just a year earlier in March 2014, Malaysia Air flight MH370 disappeared, and as of 2019, investigators have not determined a cause for the crash. That same year, a second Malaysia Air plane, MH17, crashed in July after being hit by a missile launched from conflict-ridden Ukraine. In total, commercial airline accidents killed 992 people across the globe in 2014, the most since 2005, Vice reported.

More recently, a Lion Air flight crashed in October 2018, as well as an Ethiopian Airlines flight in 2019. The 2018 and 2019 crashes raised questions about the safety of the Boeing 737 Max aircraft used in both flights, and many airlines responded by grounding the aircraft. In a March 2019 statement to Elite Daily, Lion Air confirmed it was pulling the planes until further notice. Representatives of Ethiopian Airlines and Boeing did not respond to Elite Daily’s request for comment. However, Boeing has since announced it would streamline its safety procedures, according to CNBC.

Even if after hearing the stats, you’re still nervous at check-in, you’re not alone. Aviophobia, or the fear of flying, affects an estimated 6.5% of the population, per ABC News. A 2018 survey from Chapman University found that 12.7% of Americans were “afraid or very afraid” of flying. The fear is so ubiquitous there's even the previously mentioned iPhone app called Am I Going Down?, which helps calculate how likely it is your flight will crash. Thankfully, it usually helps reveal how low the probability is.

Hopefully, this information will calm your fears. But ahead of your next flight, take a deep breath — or a shot of liquid courage — and rest assured that in the skies, at least, the odds are in your favor.

This article was originally published on March 25, 2015