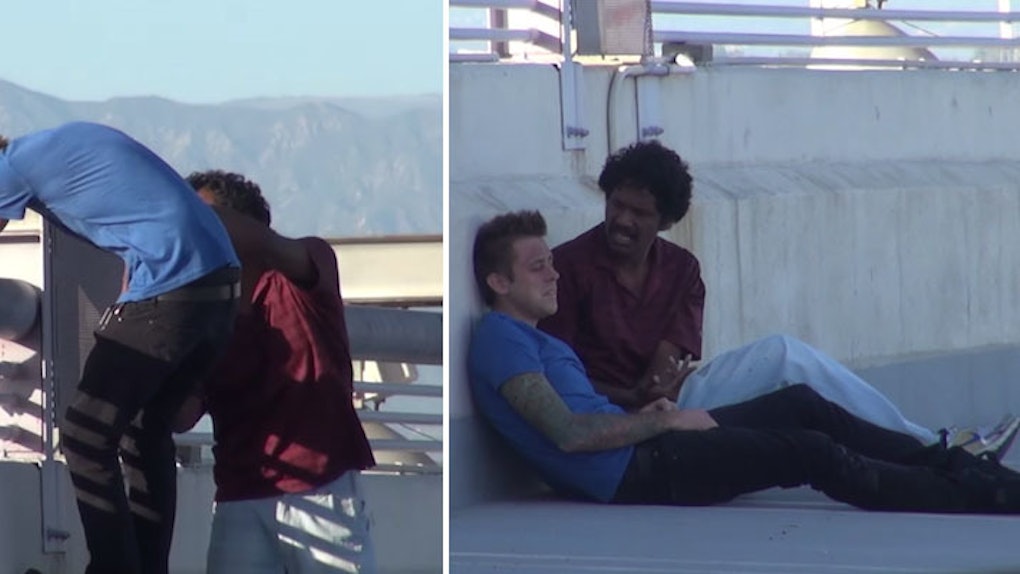 Every 40 seconds, someone is lost to suicide. And the saddest part? All of these deaths are preventable.

With this statistic in mind, prank team fouseyTUBE conducted a social experiment to see how people react when faced with a suicidal person.

The results were positive: In the two "tests," the passersby -- in this case, cab drivers -- intervened to save the supposedly suicidal mens' lives, and we commend them for that.

But the experiment itself is sickening. Feigning suicide for a social experiment is wrong, and subjecting an innocent person to that is simply cruel.

I get where the pranksters were coming from, but this is absolutely the worst way to raise awareness for suicide prevention. In faking suicidal tendencies, they effectively make light of it -- and that's not okay.