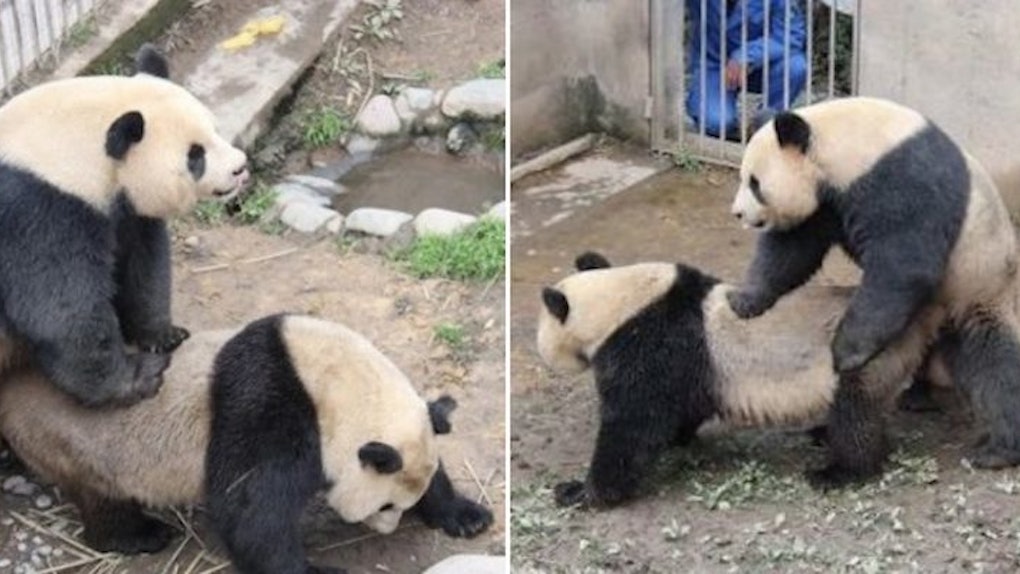 Who wants to hear about some hot, steamy panda sex? Any takers? No? Well, I don't care.

It's Good Friday, and I couldn't think of a more appropriate way to commemorate the crucifixion of our Lord and Savior than to talk about pandas doing it -- you know, just really giving each other the business.

That may not sound super long to some humans (it's a totally respectable number so lay off, Cassandra), but for pandas, it's a sexual eternity. The previous record was a mere one minute and 20 seconds.

I'm not really sure why this is a statistic that's recorded, but it's probably because zookeepers are sick, sick people.

Lu Lu's stamina was so impressive, he earned the nickname "The Enduring Brother." That seems fitting, but I think he deserves more than just a nickname.

This guy just f*cked his bamboo-loving heart out to save his species. All the pandas of the world should come together and throw him a ticker tape parade.

Here are some graphic photos of these pandas breaking records and making dreams come true.

This doesn't feel gross or invasive at all.

These pandas have no idea these photos even exist.

Imagine if someone had pictures like this of you and plastered them all over the Internet.

How would that make you feel, huh?

But hey, they're zoo animals. They exist for our twisted amusement.

Stare into his eyes and atone for what you've done. ATONE!