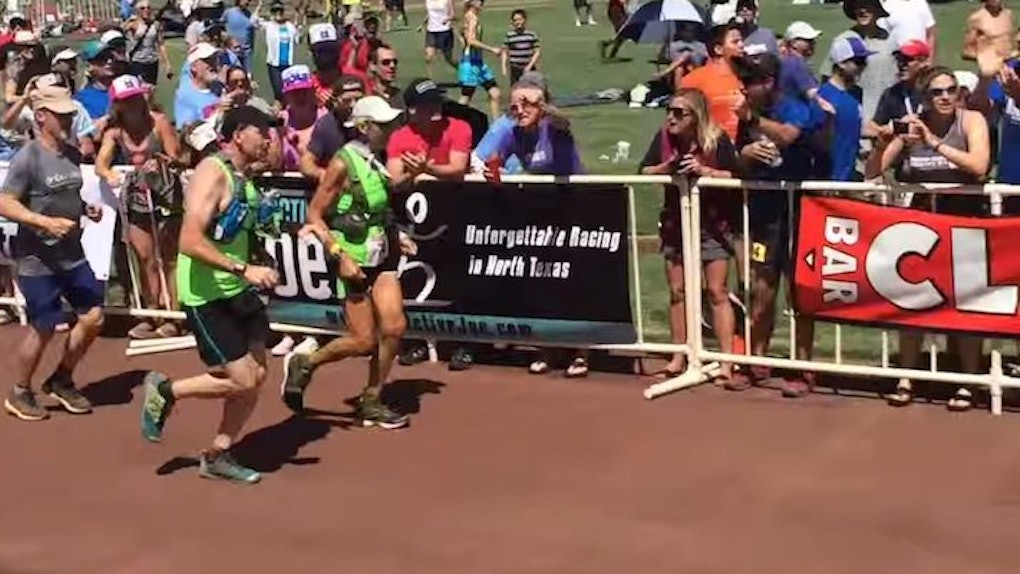 You're going to feel really out of shape watching this 70-year-old lady finish a 100-mile race.

Gunhild Swanson -- who holds a record for owning the oldest-sounding name of all time -- broke another record on Tuesday when she became the oldest person to complete the Western States 100-Mile Endurance Run in under 30 hours.

The Western States 100-Mile Endurance Run has been around for over four decades and is considered the world's oldest and most prestigious 100-mile trail race -- though, that's according to the WSER website, so it might be a little biased. There might very well be another old 100-mile race out there going, “NUH UH! WE'RE MORE PRESTIGIOUS!”

During the course, competitors run up a staggering 18,000 feet before descending another 23,000.

In the history of the race, no 70-year-old crossed the finish line in under 30 hours.

That is, until Gunhild made her dramatic sprint to the end, crossing the plane with under six seconds remaining on the clock.

I got winded just watching this video. Lord knows how I'd hold up in a race with the word “endurance” in the title.