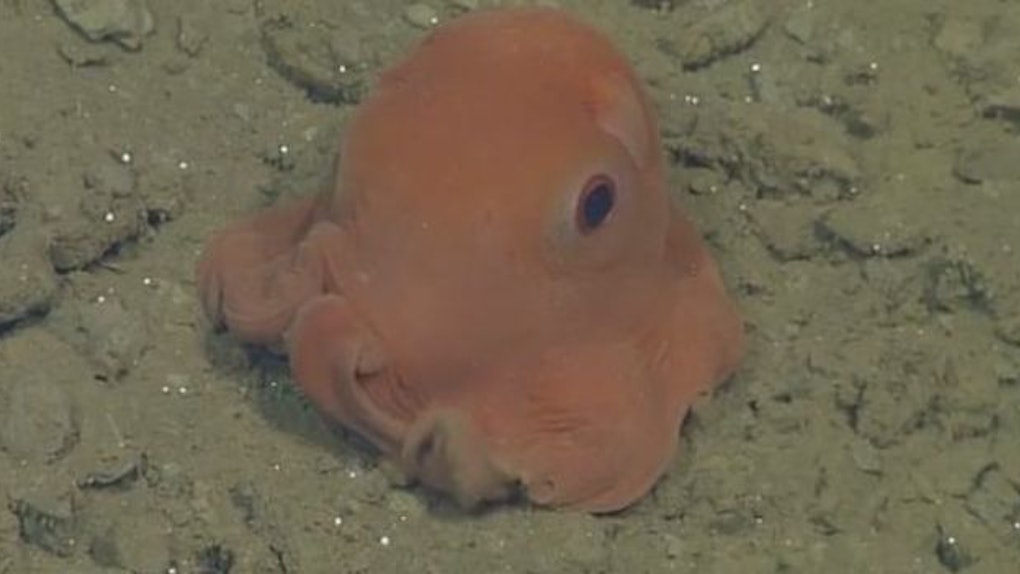 Scientists working to classify a rare miniature species of octopus have proposed naming the wee swimmer after its unimaginable cuteness.

With stubby, webbed tentacles, big ol' bug eyes, and two fins that look hilariously like devil's horns,  the blob-shaped creature looks like the product of a cartoonist's wild imagination.

As someone that's describing the species you get to pick what the specific name is. One of the thoughts I had was making is Opisthoteuthis Adorabilis  — because they're really cute.

The first part of the official Latin name, Opisthoteuthis, refers to the genus the octopus belongs in. The second word is a descriptor attached to the distinct species in question.

Why the cephalopods, which were first discovered in 1990, have yet to be named remains unclear.

These animals are part of the greater ocean ecosystem, and in order to have a healthy functioning ocean ecosystem we need to understand the ecology and behavior of the individual species.

Learn more about the otherworldly creature in the video up top.