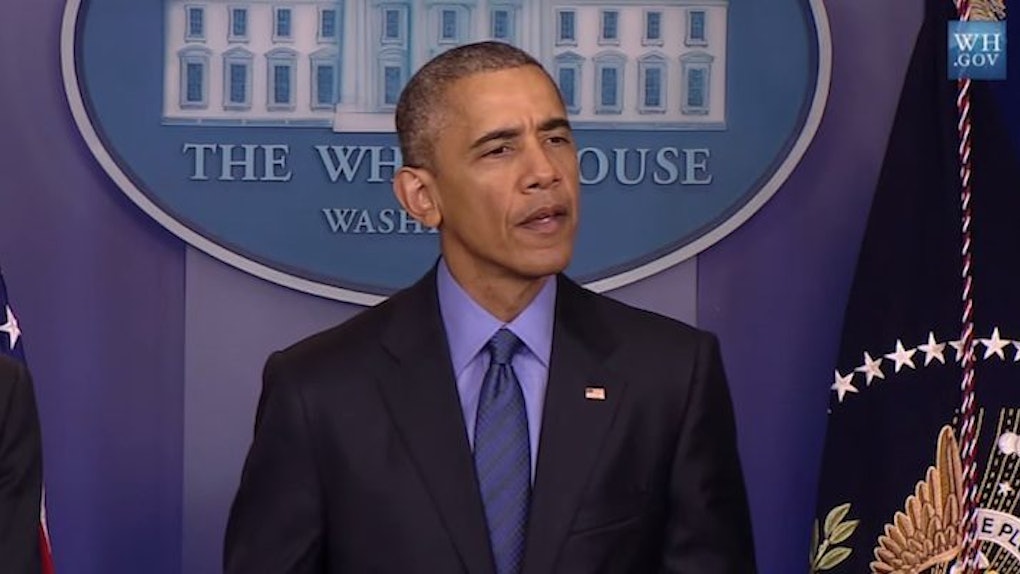 The president addressed the shooting earlier today in a powerful speech that asked a great deal of the country to change its views on gun control to prevent further tragedies.

The suspect, 21-year-old Dylann Roof, was given a .45-caliber gun for his birthday by his father.

Obama noted other countries, where it is much harder to obtain deadly weapons, don't have to expect mass shootings on a regular basis.

At some point, we as a country, will have to reckon with the fact that this type of mass violence does not happen in other advanced countries. It doesn't happen in other places with this kind of frequency. It is in our power to do something about it… I say that recognizing the politics in this town foreclose a lot of those avenues right now.

The president campaigned for slightly tighter regulations regarding gun purchases after the Sandy Hook shooting but was shut down.

He ended his speech by reminding viewers that Mother Emanuel, where the shooting took place, had previously overcome being burned to the ground and will rise again to promote peace.