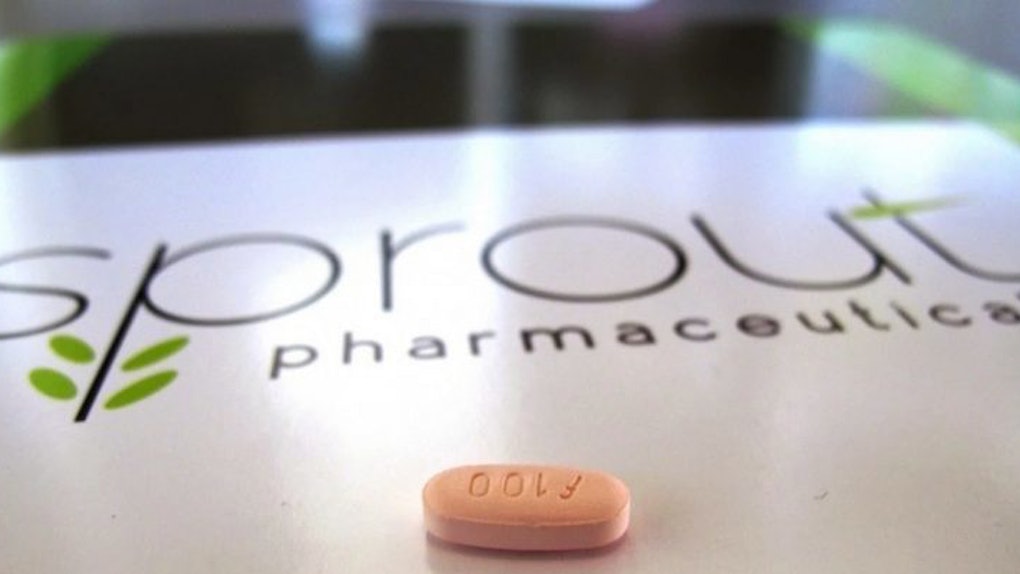 An advisory panel to the Food and Drug Administration recommended approval for a drug that boosts the female sex drive.

Flibanserin is a pill meant for premenopausal women who have hypoactive sexual desire disorder, or the lack of sexual desire for reasons other than disease or frustrations with relationships.

Taken once a day before bed, Flibanserin alters the balance of chemicals in the brain, such as serotonin and dopamine.

The drug was rejected by the FDA twice before; the first time was in 2010 following an advisory panel's unanimous vote against approval.

New information from clinical trials led to an 18 to six vote in favor of approval on Thursday. The advisory committee then recommended conditions that should supplement any FDA approval -- including warning labels, education programs and prescriber training and certification.

The women in the clinical trial said they were experiencing two to three "sexually satisfying events" per month at the beginning of the study.

That number went up as the study progressed but only by about one more "event" per month than those who took a placebo.

So despite being nicknamed "female Viagra," the panel referred to the drug's effectiveness as "moderate" or "marginal," The Washington Post reports.

These side effects were fairly infrequent during trials, but one woman had to be hospitalized, and the risk increased for those who drank alcohol or were on birth control.

Therefore, doctors may have to outline the side effects to patients and possibly obtain a certification before issuing prescriptions.

Sally Greenberg, executive director of the National Consumers League, spoke of these conditions to The Washington Post. She said,

The FDA typically grants approval when recommended by its advisory panel, but The New York Times notes the vote was considered very close, so the drug's future remains unclear.

A verdict will be made by August 18.