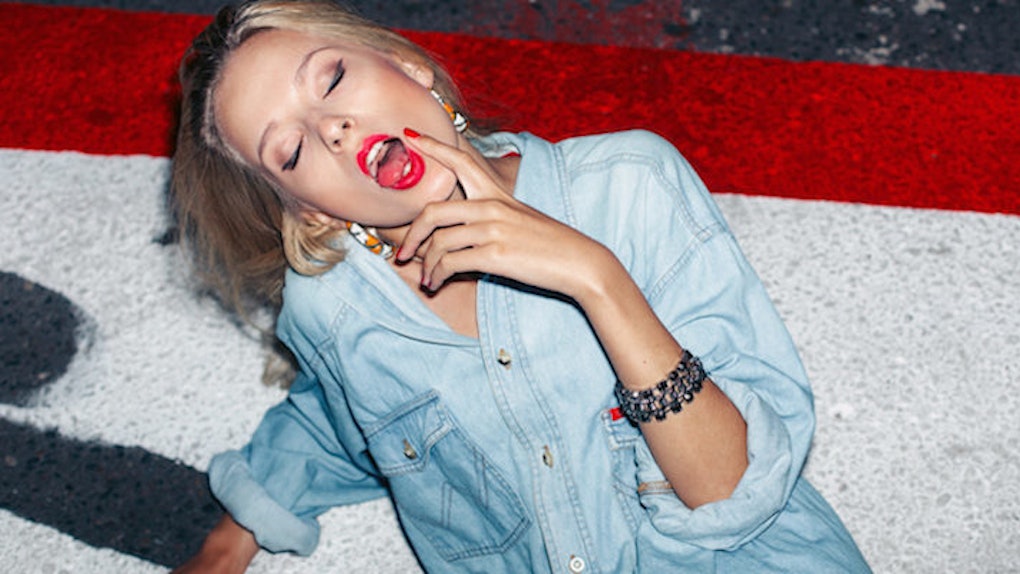 According to a new study, nail biting may not be an outward sign of anxiety, after all: Instead, research suggests the bad habit is more likely linked with perfectionism.

The study, conducted by University of Montreal professor Kieron O'Connor, examined the behaviors of 48 individuals -- half of whom suffer from “repetitive behaviors” -- after exposure to different stimuli, designed to elicit feelings of stress, relaxation, frustration or boredom.

Test results, published in the Journal of Behaviour Therapy and Experimental Psychiatry, showed those with a history of compulsive behaviors were most likely to engage in these behaviors when exposed to the boredom-causing and frustration-causing stimuli.

They did not participate in these behaviors during the relaxation segment of the test. Sarah Roberts, the author of the study, surmised:

These results partially support our hypothesis in that participants were more likely to engage in repetitive behaviors when they felt bored, frustrated, and dissatisfied than when they felt relaxed.

These findings correlate with the expected responses of perfectionists, who, according to O'Connor, “are prone to frustration, impatience, and dissatisfaction when they do not reach their goals,” adding, “they also experience greater levels of boredom.”

The repetitive behaviors the participants did engage in “seem to satisfy an urge or deliver some sort of reward,” O'Connor concluded.

According to Roberts, the results suggest engaging in repetitive behaviors, like nail biting, “is not simply due to 'nervous habits.'”

Moreover, Roberts insists, “the findings suggest that individuals suffering from these behaviors could benefit from treatments designed to reduce frustration and boredom and to modify perfectionist beliefs.”

Considering nail biting and other "bad habits” are typically linked with anxiety and seen as mildly self-destructive, these new findings may help those with compulsive habits develop better management techniques and avoid those situations that may trigger engagement in the behaviors.

So next time people reprimand you for biting your nails, tell them it's not your fault; they're just boring you.

If nothing else, it'll shut 'em up.