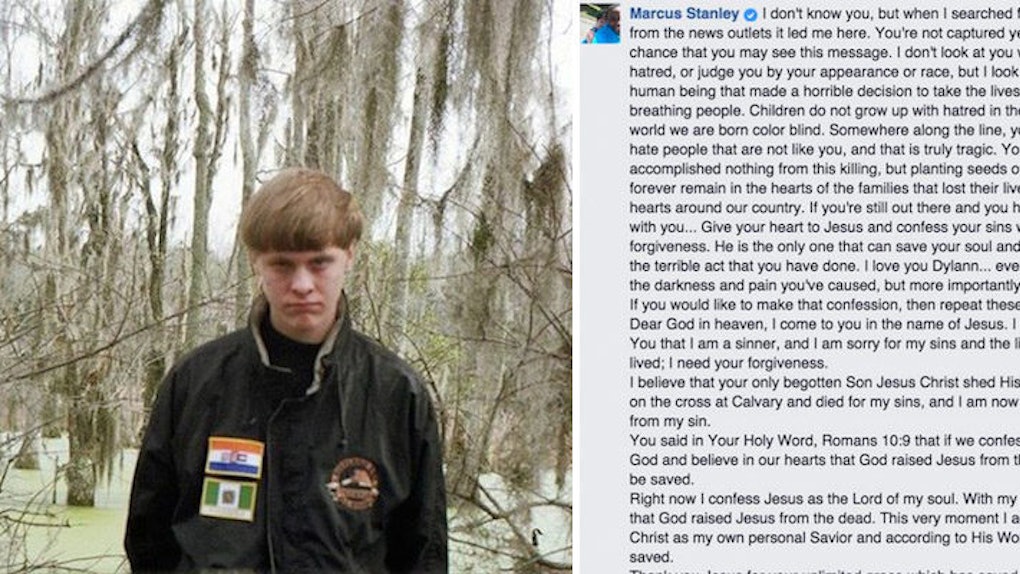 Authorities released this photo of the 21-year-old from his Facebook page shortly after he was first named a suspect.

Roof is thought to have claimed his victims solely because they were black. The jacket in the photo features flags from apartheid-era Africa.

Among the many who sought out Roof's Facebook profile upon seeing the image was Christian musician Marcus Stanley.

Stanley was shot eight times in 2004 during a gang initiation and still has a bullet in his back, according to BuzzFeed.

Most believe Roof deserves only condemnation, but Stanley left a massive comment on the photo declaring the shooter is still loved by God, who will grant forgiveness if he confesses his sins.