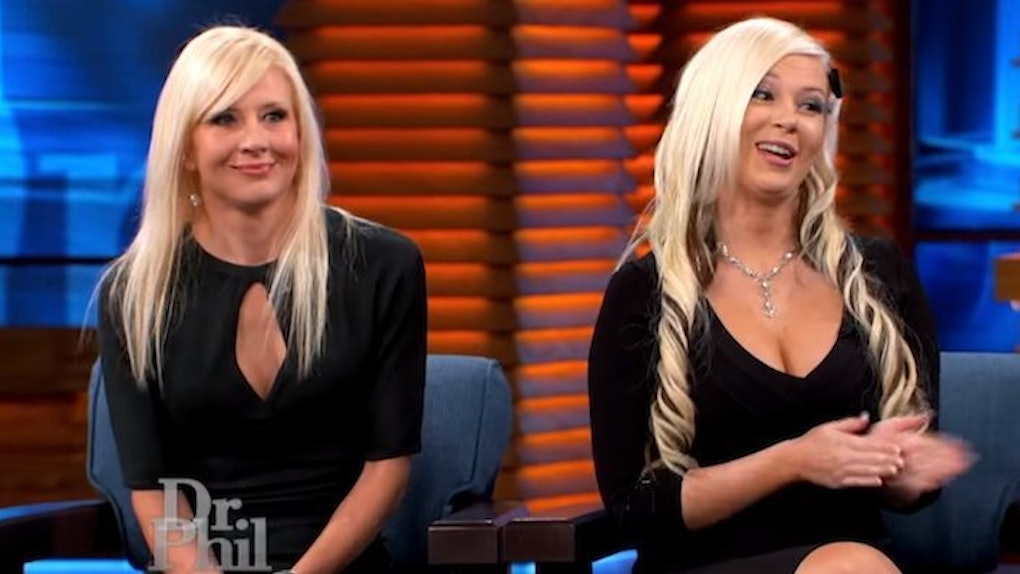 WTF? Mom And Daughter Bond By Spending Time With Their Sugar Daddies

Mother and daughter bonding is a beautiful thing. It can be anything: vacationing, shopping or dining. Being able to bond over some shared interest is an important factor in maintaining a healthy relationship.

That said, there are some things parents and their children should not share, and sexual partners just about tops that list.

But that doesn't stop Rylee and her mom from doing just that.

For several years, 26-year-old Rylee has been what she calls a “sugar baby,” dating wealthy, older, often married men in exchange for money and lavish gifts. I think it seems similar to prostitution, but she insists she's never had sex with any of her partners.

During a recent appearance on "Dr. Phil," Rylee discussed her alternative lifestyle. In the episode, she reveals three years ago she decided to show her mother the lifestyle, and the two spend time going on dates with men, fulfilling their sexual fantasies as a mother-daughter team.

Suffice it to say, it's disturbing as f*ck.

Check out the video up top, and you'll never be more grateful for your own weird, dysfunctional family.