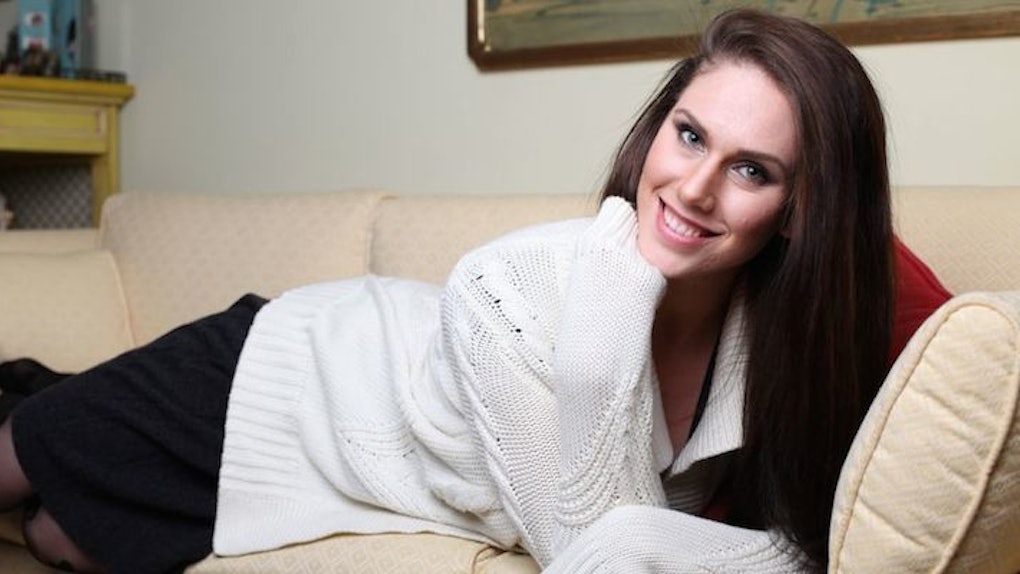 Cassandra Bankson gained popularity as the woman who perfected covering acne with makeup.

A surprising medical discovery, however, makes her an active participant in discussions about female reproductive health.

In July 2014, the model and YouTube star filmed a video explaining how she has two vaginas, two cervixes and two uteri -- a condition called uterus didelphys.

After years of heavy period bleeding and back pain, Bankson found out she'd been suffering from two menstruations a month.

The reason Bankson never knew is because she has only one vulva. Everything looked normal to her, although her pair of reproductive systems was quite unusual.

In an interview, Bankson told Barcroft TV the medical revelation impacts menstruation and her sex life.

For some people having two vaginas can make it very painful -- for others I assume there are more nerve endings so it could be more pleasurable. I'm definitely nervous about having to explain this to future partners... I have no real idea how this is going to affect my life so it's something we would have to talk about.

To top off Bankson's discoveries, an MRI showed the young woman has only one kidney. It's been a whirlwind year.

Bankson first discussed her diagnosis on her YouTube channel.

In April, she further explained what it's like to have two vaginas.

Citations: YouTube star is stunned as routine scan to investigate back pain reveals she has TWO vaginas, TWO wombs and TWO cervixes - but just one kidney (Daily Mail)